The Ministry of Health (Minsa) reported this Sunday, that in the last 24 hours 347 new positive cases of Covid-19 were reported, for a cumulative total of 374,121. There were also 3 deaths, with a total of 6,331 accumulated deaths, for a fatality of 1.7%. Active cases are 5,887, while recovered patients total 361,903. The epidemiological report of the Minsa also indicates that this Sunday 6,466 tests were applied, with a percentage of positivity of 5.3%. There are 5,451 people in home isolation, of which 5,130 are at home and 321 in hospital hotels. There are 436 hospitalized patients and of these 378 are in the ward and 58 in the intensive care units. The Expanded Immunization Program of the Minsa reported that 946,249 doses of vaccines against Covid-19 have been applied in the country as of yesterday Sunday.

The intense rains that were registered this Sunday, affected the production of water treatment plants in Oeste Panama, Darién and Chepo, reported the Institute of Aqueducts and National Sewers (Idaan). Up until May 25, the country will have greater atmospheric instability due to the activity of various systems in the region, reported Sinaproc. Significant rains and storms are expected, according to an Etesa watchdog.

The Chamber of Commerce, Industries and Agriculture of Panama (Cciap) expressed that both the private sector and the public sector have worked on various proposals and plans, in order to recover the economy in the country and reactivate jobs, severely affected due to the Covid-19 pandemic. 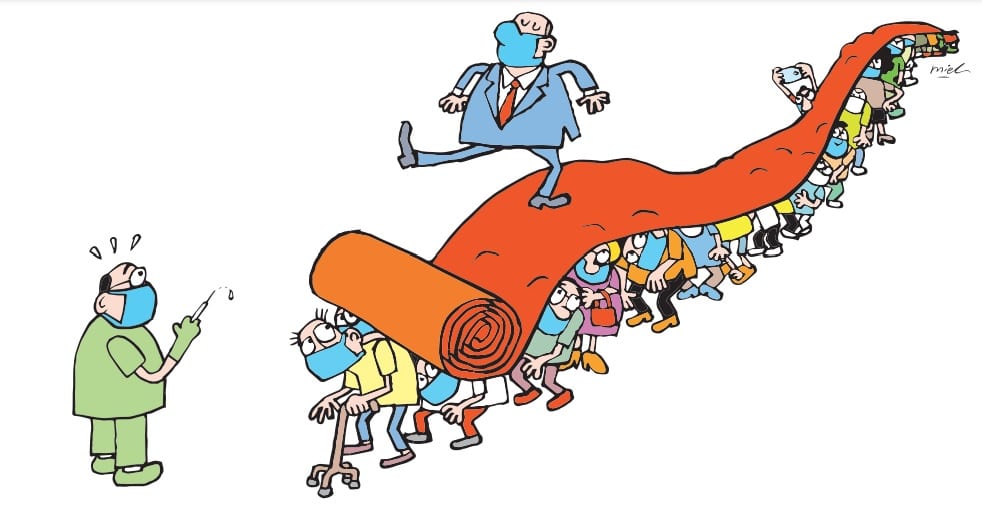 Another irregularity in the vaccination days against the Covid-19 disease, with the inoculation of deputies and officials of the National Assembly, puts on the table the debate on the alteration of the scheme established last January by the Ministry of Health (Minsa), when there are still elderly and chronically ill people in the interior of the country who have not received a dose of the vaccines.

The Los Santos guarantee judge, Tamara Alvarado, sentenced a 29-year-old man to seven years and six months in prison who ran over the cyclists Juan Carlos Heilbron and Javier Espinosa whilst in a drunken state, an accident that caused their death.

In an operation between the National Police and the Public Ministry , one of the most wanted people in the country was captured. He is Ricardo Gabriel González Pérez, alias “Rirri”, who was apprehended on Saturday afternoon in the Coronado sector, Oeste Panama province.

From January to the end of April of this year, 11,370 migrants have arrived in the Darién province in an irregular manner, crossing the thick jungle on the border with Colombia, according to figures from the National Migration Service. In April alone, 5,818 migrants arrived at the border posts.

Henry Phillips, president of the Panamanian Weightlifting Federation, qualified the medal that Juan Miguel Martínez obtained in the Junior World Cup, which is held in Tashkent, Uzbekistan.