Two people died in the last 24 hours due to covid-19 and 926 people were infected, highlights the epidemiology report from the Ministry of Health (Minsa) this Sunday. The entity explained that they update a death from previous days, so the accumulated number of deaths from this respiratory virus in the country is 8,376. In the last hours, the health personnel applied 5,476 tests for a positivity of 16.9%.  Active cases total 13,537 throughout the country, of which 13,304 are in home isolation and 233 hospitalized. Those in isolation are divided into 13,294 at home and 10 in hotels. Those hospitalized are 233 in Rooms 202 and 31 in intensive care units.

As of this Monday, July 4, the preliminary hearing of the “ New Business ” case is scheduled to continue, which follows the trail of the purchase of the group Editora Panamá América SA, presumably with public funds. This case is being handled by the Third Criminal Court, under Judge Baloísa Marquínez. In this criminal process, 30 citizens are accused of the alleged commission of the crime against the economic order in the form of money laundering; 16 private technical defenders and 4 public defenders participate.

The Chamber of Commerce, Industries and Agriculture of Panama (Cciap) referred – in its Sunday column – to the sixth report to the Nation offered, last Friday, by the President of the Republic Laurentino Cortizo . The business group pointed out that “we celebrate the elimination of the mandatory use of the mask in closed spaces, but we are left with the questioning of why no total lifting of the State of Emergency.” This, since Cortizo did not announce that day when the state of emergency that governs the country will be 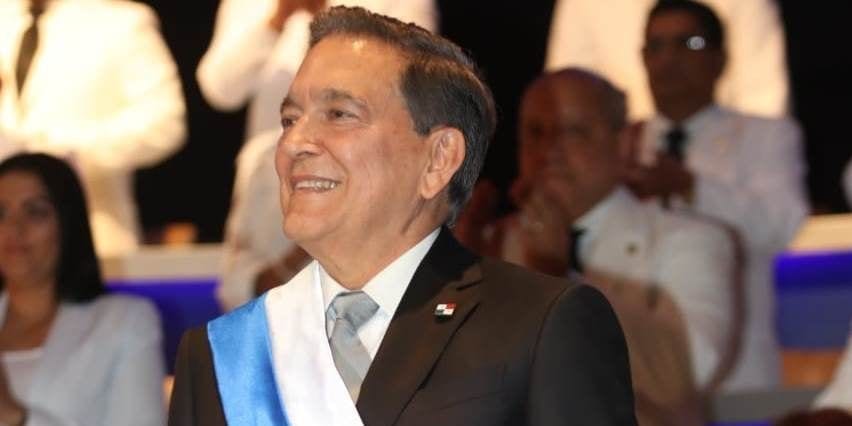 completely lifted, despite the call made in this regard by several business associations and the re-elected president of the National Assembly, Crispiano Adames. The Cciap also stated that the report failed to mention the specific plans in the areas of education, health, social security, institutions and the economy.

Putting an end to the growing deterioration of democratic institutions, “wounded” by “corruption” and “impunity”, is the “great challenge” of the administration of Laurentino Nito Cortizo, according to a report published by the Foundation for the Development of the Libertad Ciudadana, Panamanian chapter of Transparency International, which evaluates the president’s management, based on the “Challenge for Transparency”, which he signed at the beginning of 2019.The document was made public when the president gave his report to the nation this Friday, July 1, at the installation of the fourth period of the National Assembly, and in which he left aside issues of the anti-corruption agenda. The report of the Foundation for the Development of Citizen Freedom, which evaluates the three years of Cortizo’s management, consists of 14 pages. It indicates that there is “little progress” in the fight against corruption and accountability. This situation, according to the Foundation, is worrying, since it implies ” terrible consequences in terms of justice, transparency, citizen participation and equity .” During the first year of his mandate, Cortizo had to present before the Legislative bills that avoid conflicts of interest, crimes against public administration and bribery. However, few efforts have been made by the Government on these issues. In the area of ​​access to information, open governments and open data, it is noted that although Law 6 of 2002 is still in force, since the start of the pandemic the response time of State institutions to requests for information has been delayed. access to public information. “ We are experiencing a pushback in proactive transparency by officials, denying information that is of a public nature, using the Data Privacy Act on a discretionary basis . ” He cites as an example the Institute for the Training and Development of Human Resources (Ifarhu), which refuses to report on the recipients of its scholarships, invoking the data protection law

Two alleged “coyotes” or human traffickers were arrested and charged with the crime of migrant smuggling, after abandoning a group of four Venezuelans in the province of Darién, reported the Public Ministry. The Darién Regional Prosecutor’s Office announced that the precautionary measure of provisional detention was imposed on the two citizens, after legalizing the arrest. The incident occurred between June 26 and 27, when Venezuelan migrants reported that they were abandoned by coyotes while trying to cross the Darién jungle, between an area of ​​the Guna Yala region, in the Panamanian Caribbean, and another of the Emberá region, both near the border with Colombia .

The National Civil Protection System (Sinaproc) reported this Sunday, that it maintains a prevention notice due to the passage of tropical wave No. 13 over the country. Coclé, Azuero, Veraguas, West Panama, Panama (center, north and east), Colón, Darién, Chiriquí, Bocas del Toro and the Ngäbe Buglé region are the areas of greatest surveillance, Sinaproc detailed.