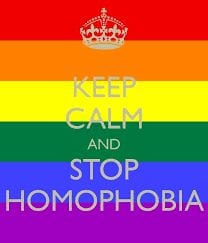 A new series of events are going to be put on between now and September of this year with the purpose of bringing awareness with regards to the Gay, Lesbian and Trans Gender population in Panama. Starting on Wednesday of this week with a talk entitled “El mito de las Loca y la Marimacha en el Teatro Panameño” at the Biblioteca Simón Bolivar 7pm.

Talking to me on the program this morning is Javier Stanizola we get a bit of an insight to the issues from Javier’s perspective being a member of the gay community that has also adopted a child you will find the beginning of the audio in the second hour.

Lastly to day it is a return to the studio for Roba Morena as we come to the 68th Recycling Fair which will be a Costa del Este,

starting early with a beach clean up followed by the chance to get rid of all those bits and pieces that have been hanging around.

U.S. Ambassador John Feeley held a press conference on Friday to justify the decision by the Treasury Department to place individuals and companies linked to the Waked family on a sanctions list.

Grupo Wisa workers participated yesterday morning in a walk in the coastal strip, to show their solidarity with the Waked family, which is accused by the U.S. Treasury Department of money laundering.

The Inter-American Press Society has expressed concern over the “delicate” situation facing the Panamanian dailies La Estrella and El Siglo.

A sad and disappointing episode for Panamanian football. That is how sports commentators and Panamanian players in international leagues called the events that occurred Saturday night at the Maracana Stadium in El Chorrillo.

The Association of New Men and Women of Panama (AHMNP) awarded this year’s “Big Pink Egg” to pastor and mayor of the district of San Miguelito, Gerald Cumberbatch, who scored 52% of the votes. There were 543 votes cast.

Yesterday marked 113 years since the execution, in Chiriqui square, now Plaza de Francia, of Victoriano Lorenzo, an indigenous leader who fought against the injustices of the Colombian government towards Panama. The Patria Verde Movement plans to make this square honor the memory of the leader, by renaming it Plaza Victoriano Lorenzo.

As an alternative to achieve food security and improve the nutrition of Panamanians, one of the Sustainable Development Goals set by the UN, urban agriculture, is becoming more important in Panama every day.