It is time for this weeks movie review with Andres Clemente. What is the movie for this week? Wonder Woman, what is Andres’s score believe it or not 8 out of 10. Take a listen and find out why, also why did Gerry shut down his movie homework (In Brugge) after only 20 minutes. 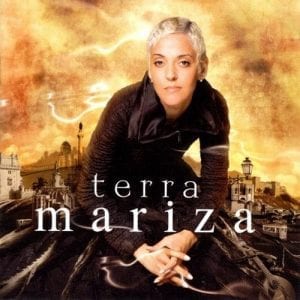 In the last hour we really do have a treat, the Ambassador of Portugal to Panama Pedro Pessoa e Costa is with me to chat about Fado as well as many other aspects of Portugal. Performing at the Ateneo Theatre on the 13th of June we have Mariza performing her own style of Fado. We play a number of her songs in the last hour… Take a listen!

With his recent visit to Cardiff to attend the Champions League final, President Juan Carlos Varela could have compromised national interests and violated the Public Servants’ Code of Ethics.

The plenary of the Supreme Court, in an extraordinary session held Monday, decided to accumulate five habeas corpus appeals filed by the attorneys of several people being investigated by the Office of the Special Anticorruption Prosecutor related to the Odebrecht case.

Alone and without the previous support of the Democratic Change party (CD), who has turned its back on him, Jose Domingo ‘Mimito’ Arias assumed Monday the responsibility for managing the funds of the 2014 presidential campaign.

Panama has moved the Technical Office of Documentation of Ships (Segumar) from New York to Miami, the Maritime Authority of Panama (AMP) has announced.

Members of the National Federation of Patients with Critical, Chronic and Degenerative Diseases held a protest yesterday on the steps of the Social Security Hospital Complex on Via Transistmica.

Arrested in Panama by surprise, the former governor of the state of Quintana Roo (Mexico) Roberto Borge, will be extradited to his home country in the coming days.

The Mesoamerican Society for Biology and Conservation (SMBC) – Panama’s chapter – and several scientific institutions of the country, as well as Tetra Pak held the First Symposium on Conservation and Management of Ecosystems.