Dr Computer (Alex Neuman with me this morning in the first hour) we touch on computer security and the different programs he recommends like ADW Cleaner and Combofix. Also there is a site archive.org that keeps copies of websites going back years! 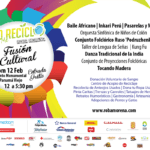 In the last hour, Roba Morena is here to talk about the upcoming recycling fair this Sunday the 12th Feb, check it out, have a great time and get rid of some of that old rubbish.

Yesterday, the Government of Panama installed a national council that should guarantee the application of a law that establishes the rights of pregnant girls and adolescents, one of the most pressing social problems in the country.

The Cabinet Council has failed to choose a minister to represent the government in the case against Odebrecht.

President Juan Carlos Varela asked his adversaries to stop the political attacks and wait until 2019.

The beginning of a debate of the Internal Organic Regulation of the National Assembly began on Tuesday when a subcommittee was appointed to deepen Bill 423 and establish the changes required to increase the standards of transparency, communication and citizen participation.

Eight people from Isla Bastimentos in Bocas del Toro have been taken into custody as part of the investigation that is being carried out with regard to the death of American Catherine Johannet.

Yesterday, public transport drivers were surprised at the Albrook National Transportation Terminal, with an operation that included an “anti-doping” test.

After more than 70 years of being degraded at the hands of man, some 150 hectares of wetlands of the lagoon of Las Lajas, in Chiriquí, are revegetated with mangrove.