Panama exceeded this Thursday, 7,900 deaths from Covid-19. The epidemiology report of the Ministry of Health (Minsa) indicates that to date there are 7,909 deaths, of which 11 occurred in the last 24 hours. Meanwhile, 2,424 new infections are reported. The number of tests applied was 12,701 for a positivity of 19%, detailed the ministry. Active cases fell to 31,723, of which 31,162 are in home isolation and 561 in the wards. Meanwhile, in isolation they are divided into 31,044 at home and 118 in hotels. Those hospitalized are 487 in the wards and 74 in intensive care units.

The population between 20 and 39 years of age registered the greatest decrease in the incidence of Covid-19 cases in two weeks, highlighted the Pan American Health Organization (PAHO) in its epidemiological report on Panama. In the biweekly report, PAHO confirms that the country reflects a 46.3% decrease in active cases, going from 85,748, in Epidemiological Week 3 (EW3, from January 16 to 22), to 46,023 in EW 5 (from January 30 from January to February 5).

The Minister of Education, Maruja Gorday de Villalobos, reported this Thursday, February 10, that there is a 60% progress in the schools that are in the repair plan, prior to the start of the 2022 school year.The head of Education referred to the program of the National Operation Center 2022 in which it seeks to impact 627 schools nationwide. Until the report to date, a total of 377 educational centers have already been enabled for the start of classes, which represents 60% progress.

After a search was carried out in the province of Los Santos, a former official of the Judicial Branch was apprehended who allegedly provided legal advice to the members of the alleged drug trafficking network that was dismantled in the Damascus operation. The director 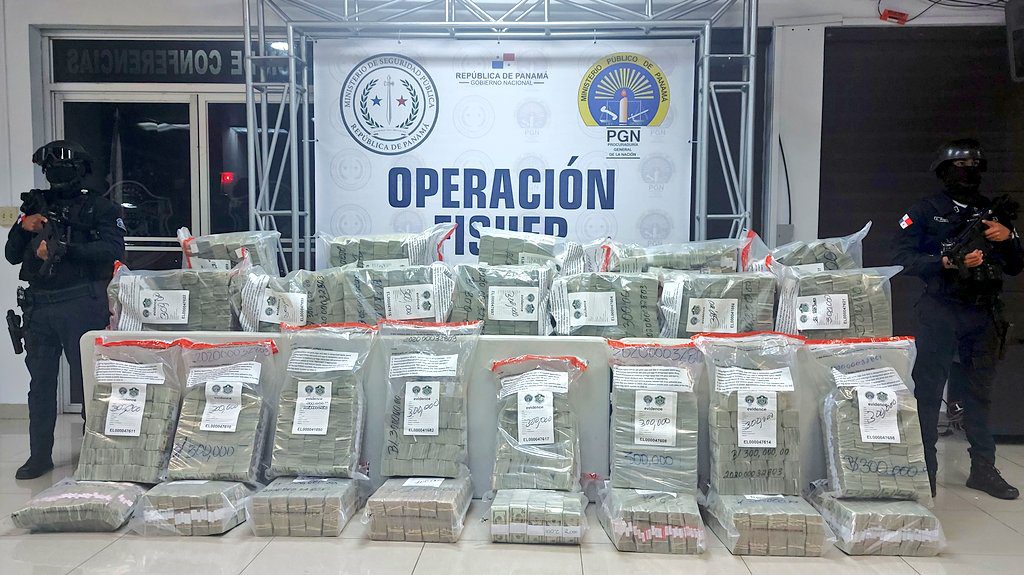 general of the National Police, John Dornheim, reported this Thursday, February 10, that it was a joint proceeding with the Public Ministry. While the superior prosecutor against Organized Crime, Emeldo Márquez, explained that the former official basically provided advice on the defense strategy to the members of the network, which is supposedly linked to the Clan del Golfo, from Colombia.

Eight members of the Bagdad gang were arrested yesterday in the Corinthians operation, a strategy with which the Superior Prosecutor’s Office Specialized in Crimes of Illicit Association, and the National Police, dismantled a structure that this group had in Tocumen, in the eastern area of ​​the capital district. To do this, they carried out 19 raids in which they seized technological equipment and illicit substances, among others.

The director of the metropolitan region of Health, Israel Cedeño, acknowledged this Thursday, February 10, that there has been a decrease in the influx of children between 5 and 11 years of age who are going to be vaccinated against Covid-19 . The official said that there are several reasons that explain this situation. Among them, he said that there are people who are still talking about the vaccine being unsafe. “The evidence is stronger every day in favor of safety and efficiency,” added Cedeño.

Copa Holdings, a company that groups Copa Airlines and Wingo airlines, yesterday reported revenues of $1,509 million, corresponding to the end of 2021, 44% below the numbers in 2019, before the Covid-19 pandemic. In the end, the company ended 2021 with an adjusted profit of $2.7 million and closed the last quarter of 2021 with an occupancy of 83% and a flight completion percentage of 99.54%. After the announcement of the 2021 results, Copa shares rose 3.4% on Wall Street.

The Alajuela and Gatún reservoirs, sources of water for the consumption of nearly two million people and the operations of the Canal, register a decrease in their levels after the entry of the dry season in the country. This led the Panama Canal Authority (ACP) administration to announce the first draft adjustment for Neopanamax vessels during the summer months. It is an adjustment or reduction of half a foot in the draft of the neopanamax from March 1. The draft is the depth or submerged part of a vessel required to be able to transit through the locks. The maximum draft allowed in the Neopanamax locks is 50 feet. In other words, as of March 1, the maximum draft that will be accepted is 49.5 feet, according to the notice sent by the ACP to customers and users of the waterway. The draft of the original or panamax locks is 39.5 feet, which will not be affected.