Friday 11th January 2019. What to do in Panama with Nikki from the “Visitor” 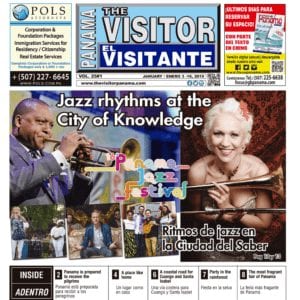 It is the end of the week and plenty happening here in Panama over the next few weeks. Including the World Youth Day during the week of 21st of  January. But this week end on of the highlights of Panama’s Calendar the 1000 Pollera’s in Las Tablas. Find out about this and other activities with Nikki from the “Visitor” newspaper in the last hour today.

There are no votes neither to ratify nor to deny the designations to magistrate of the Supreme Court of Justice, assured deputy Sergio Gálvez, who is the president of the Credentials Commission.

The Eleventh Criminal Court granted a bond of $ 1.5 million in favor of the former Minister of Public Works  Federico José Pepe Suárez , being investigated for the alleged commission of the crime of embezzlement in the process that is followed regarding the preservation project of Casco Antiguo developed by  Odebrecht in the last government.

Ramón Martinelli Corro, who was a member of the Central American Parliament for the Democratic Change party, went to the headquarters of the Accusatory Penal System of Plaza Ágora on Thursday morning to face an oral trial.

The representatives of the five prequalified groups for the design, construction and operation of the fourth electric transmission line participated this Thursday, January 10, in the approval meeting of the tender organized by the Transmission Company of Eléctrica, SA (Etesa).

A group of four young people deprived of their liberty, between 17 and 25 years of age, are making a staff that will be given to  Pope Francis during his visit to the Center for Custody of Adolescents, in Pacora, on January 25.

The  National Bank of Panama (BNP) reported that the branches of the metropolitan area will have special hours, due to World Youth Day (WYD)