In the epidemiological report of the Ministry of Health this Thursday, March 10, it was highlighted that 3 new deaths were reported in the last 24 hours due to Covid-19. With these new deaths in the country, a cumulative 8,128 deaths due to the virus and a lethality of 1.1% are recorded. There were  310 are new positive cases in the last 24 hours, 6,875 tests were applied in the country to detect those infected with the virus and a positivity of 4.5% was reported. In addition, the report highlighted that active cases total 3,066. Meanwhile, 2,931 people are in home isolation, divided into 2,898 in their residence and 33 in the so-called hospital hotels. Those hospitalized are 135 patients, of which there are 116 in a ward and 19 in intensive care units.

The Panamanian Chamber of Construction (Capac) is trying to prepare all its members for what would be the imminent strike of workers in this industry, after the negotiation of the Capac-Suntracs collective agreement for the period 2022-2025 entered into the most complex period in the face of requests for salary increases, without any agreement being reached. On March 8, the conciliation period of the convention concluded with the intervention of the Ministry of Labor and Labor Development (Mitradel). And after the mediation period, the union announced that, within 20 days following this date, it would call an indefinite general strike, due to the lack of agreements on wages. The economic effects of a strike are always feared, but even more so in the midst of a pandemic. In 2018, when the union called a month-long strike, the industry shut down $270 million worth of productive activities. Now, there is the aggravating circumstance that, in the midst of the pandemic, the industry has seen its production drop dramatically. According to Capac, official figures from the National Institute of Statistics and Census (INEC) indicate that the participation of the construction sector in GDP in 2019 –before the pandemic– was 14.5%. In 2020 –in the middle of the pandemic– it was 5.5% and had a slight recovery in the third quarter of 2021 to reach 8.8%. For Capac, the salary levels of construction workers, even without the proposed increase, are among the highest in the productive sector. Saúl Méndez, secretary general of Suntracs, has said that they are demanding salary increases in the face of the high cost of food, medicines, fuel, electricity and others. 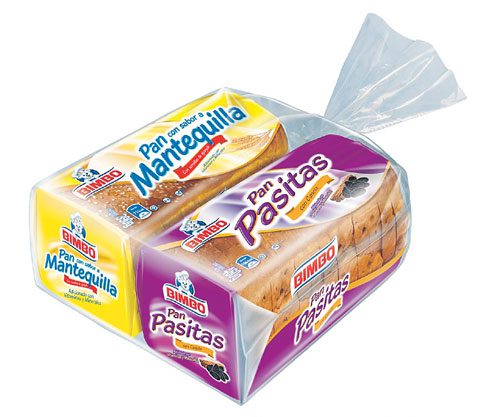 The supply of industrial sliced ​​bread and other processed wheat products could be at risk due to the strike declared by the Industrial Union of Flour and Allied Workers (SITHA) at the Bimbo company. The company of Mexican origin attends 80% of the sales of sliced ​​bread in Panama, according to the monthly report of the product basket measured by the consulting firm Nielsen. At the end of 2021, the participation of that company in the market was 78.9% in sales value, according to the Nielsen report, and 13.7% other companies, such as Rimith bread. On Wednesday, March 9, in a statement SITHA (National Industrial Union of Flour and Allied Workers) announced that more than 90% of all workers in Bimbo companies voted in support of the strike during the count carried out. by the authorities of the Ministry of Labor, for which the 7 work centers that the company has throughout the country were paralyzed. In the main factory located in Carrasquilla, the silence of the plant and machinery was notorious in the area. The line of cars to enter the facility was blocked by seals indicating that access was closed due to a strike. The trucks that usually leave the facility day and night with both raw materials (flour, wheat, inputs) and finished products stopped circulating, and therefore, distribution to supermarkets, grocery stores, neighborhood retail stores and other establishment were paralyzed Bimbo also indicates that the world situation is also impacting the price of the raw material that is wheat. “The 80% increase in the price of wheat impacts the industries that depend on flour, in addition to other relevant inputs such as the price of oil, fuel and the logistics crisis that, for a national mass distribution company, is key, hitting the cost structures,” said José Bustamante, Bimbo’s marketing manager.

The magistrates of the Electoral Court (TE) presented before the plenary session of the National Assembly a bill that modifies 13 articles of the recently published Electoral Code . They did so on the afternoon of Wednesday, during the legislative session. Heriberto Araúz, president of the TE, was in charge of supporting the initiative. He said that what is sought is to improve some articles with the aim of reducing expenses in the electoral processes.

The Administrative Court of Public Procurement ordered the Ministry of Public Works (MOP) to award the Cabima Consortium, made up of Constructora Meco, SA and Constructora Meco Panamá, SA , the construction and financing project for an interchange at the entrance of La Cabima de Alcalde Diaz.

As part of the “Costa” operation, which seeks to locate people required by justice, 45 people were apprehended inside a house in the Punta Prieta sector, Coronado. It was a joint operation by the Drug Prosecutor’s Office of the West Panama province and the agents of the National Aeronaval Service (Senan). The operation was carried out after the competent authorities received intelligence information about this house. After completing the search of the house, neither drugs nor money were found. However, the investigation is still ongoing, authorities said.

The presiding magistrate of the Supreme Court of Justice, María Eugenia López Arias, presented Thursday morning a criminal complaint before the Attorney General of the Nation in charge, Javier Caraballo, against a judge for Children and Adolescents, who works in the district of San Miguelito. Neither the Supreme Court of Justice nor the Attorney General’s Office identified the judge in this case. López Arias filed the complaint against the judge because he allegedly committed crimes established in articles No. 138-A and 178 of the Penal Code , which are related to violence against women.