The epidemiological report of the Ministry of Health (Minsa), of this Thursday, reports 13 deaths and 474 positive cases of Covid-19 in the last 24 hours. Two deaths that occurred in previous dates were also updated. With these new figures, the accumulated cases of deaths and infections increase to 5,972 and 346,775. respectively.  To date, 9,275 tests have been applied, and a positivity percentage of 5.1% is maintained. The report indicates that 334,256 recovered patients are counted in Panama and there are currently 6,547 active cases.  While in home isolation, 5,707 people are reported, of which 5,512 are at home and 195 in hospital hotels. There are 840 hospitalized patients and of them, 732 are in the ward and 108 are in the intensive care unit (ICU). In its report this Thursday, the Expanded Program of Immunization (PAI) of the Minsa reports that since last January 20, to date 233,365 doses of the vaccine against Covid-19 have been applied throughout the country.

The Academic Council of the University of Panama approved on Thursday, that the first semester of 2021 will be developed with the “bimodal methodology”, in which face-to-face activities will be allowed, except for first-year students.

The Minister of Education, Maruja Gorday de Villalobos, affirmed this Thursday, March 11, that about 60% of the schools, including both public and private, are open to receive students who require help in tutorials, specific support or projects.

The plenary session of the National Assembly approved this Thursday, in the third and last debate the bill 508, which regulates the discounts that private colleges and universities must grant, according to the teaching modality.

The Government Commission of the National Assembly approved this Thursday, March 11, in the first debate the bill No. 329, which “regulates the conflict of interest in the public service.”

Surrounded by former State ministers and some deputies, former President Ricardo Martinelli – who still has legal proceedings against him open – celebrated his election this Thursday, as president of the board of directors of the party in formation Realizing Goals (RM) .

The National Police apprehended this Thursday about five people who tried to kidnap one of the brothers of the President of the Republic, Laurentino Cortizo , in the Peñas Blanca sector in La Mitra in La Chorrera. 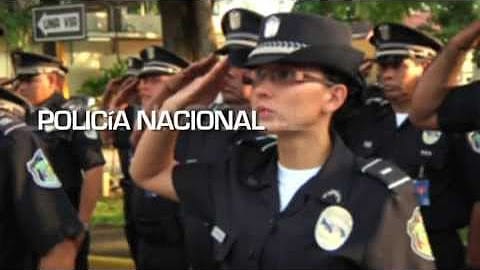 The university leader Ileana Corea filed a complaint against the second lieutenant of the National Police, Yuría Gárces Escudero. The accusations against Gárces are for the alleged commission of crimes against life and personal integrity in the form of violence against women and crimes against the public administration in the form of abuse of authority and violation of the duties of public servants.