Friday 12th May 2017. QLED TV and what’s happening with the Visitor. 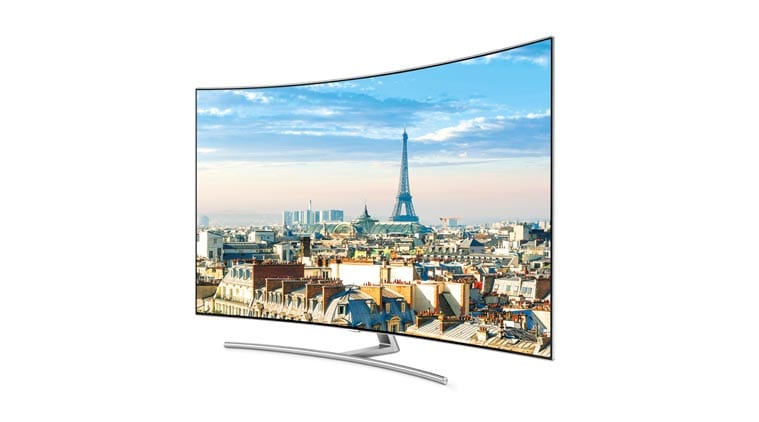 A bit of new tech in the second hour today. We have as our guest Junsuk Hwang the Manager of Samsung’s Audio and Video for Latin America. As innovation continues at a dramatic pace Junsuk explains to us the new technology behind the Q-LED TV, not just technically by aesthetically as well.

Friday also means it is the time of the week as we look forward to the weekend and hear from Gabriel the exciting things that we could be doing. Also pick up a copy of the latest version or go on line to ready the article about “The Breakfast Show.”

Former president Ricardo Martinelli received up to $16 million from the Brazilian construction company Norberto Odebrecht, who have already acknowledged giving bribes of at least $59 million to Panamanian officials and their relatives.

A decision made yesterday by Supreme Court Justice Jose Ayu Prado to extend a hearing for former President Ricardo Martinelli on a case involving pardons he granted at the end of his term has generated controversy.

Yesterday morning was the eviction of residents of the polygon known as Cerro Galera, in the district of Arraiján.

President Juan Carlos Varela said Thursday that he has issued instructions to increase security at protests focused on events in Venezuela after an incident on Wednesday at the University of Panama (UP).

The Committee of Relatives of Victims for the Right to Health and Life, which brings together those affected by diethyleneglycol, met with the Secretary General of the Office of the Attorney General of the Nation, Rolando Rodríguez Cedeño, to request his assistance in the compliance of the sentence against those accused by this case of poisoning.

The Ministry of Government has published the tender for the construction of the new prison complex in Colón, which will be located on a plot of 23 hectares on Costa Abajo de Colón, where the Pinna Shooting Range was once located.

The judge of guarantees in the province of Darién, ordered the provisional arrest of a citizen of Colombian nationality, for his participation, in the confrontation with units of the National Borders Service (Senafront).

The Municipality of Panama will make a series of changes that will facilitate paperwork, such as the payment of license plates and taxes.