Friday 12th October 2019. Its about hoarseness and tonsils! 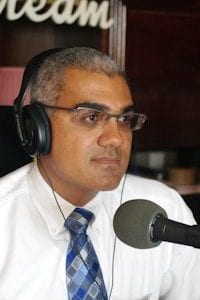 In the second hour of today’s program I am joined by ear, nose and throat specialist, Dr Ascanio Castillo Jr. The topic is hoarseness and it’s causes, also tonsils, what do they do and do we need them? You can find Dr Castillo at the Paitilla or San Fernando Hospitals.

A request for bail was denied to Federico Pepe Suárez, former Minister of Public Works by the eighteenth criminal judge, Ana María Aznarán.

The plenary session of the  Supreme Court of Justice (CSJ) will  hold a hearing next Monday, October 15, at 9:00 a.m., to attend a request for a medical review and change of precautionary measure in favor of former President  Ricardo Martinelli .

Due to the rains during the afternoon of this Thursday, several flooded roads have been reported in Panama City, including those of Campo Lindbergh, Juan Díaz, Río Abajo and Domingo Díaz Avenue at the height of San Miguelito. and in Curundú.

On the afternoon of Thursday, October 11, the National Scrutiny Board delivered the official document to José Domingo Arias as the presidential candidate of the newly created Alianza party.

On Ave Bolivar, in the city of Colon, the demolition of a group of old houses began before the parade on November 5.

The  Panama Canal closed fiscal year 2018 – which runs from October 1, 2017 to September 30, 2018 – with a historic record of 442.1 million tons of CP / SUAB (Universal System volume measurement used for ships transiting the  Panama Canal).

95-octane gasoline will increase 12 cents per gallon to $ 2.45 from today October 12 until October 26, the National Energy Secretariat reported . The liter will be sold at 91 cents and the increase is 3 cents.