David De Franco is my guest in the second hour to 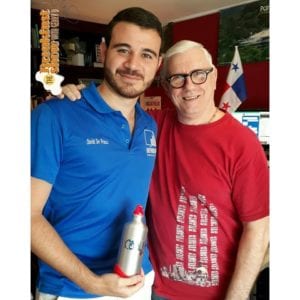 day. David who has concentrated on guiding established or new businesses with regard to today’s business trends. The greatest tool at his disposal is the Market Research that his company has done, we talk about some of his findings and the differences in the business of my day and that of this high tech world we live in today. 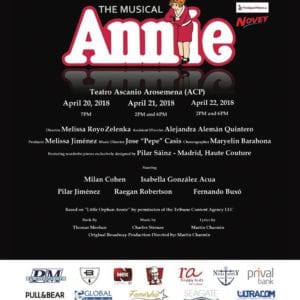 In the last hour today, “Annie the Musical’ we have Milan Cohen who will be playing Annie and the Director Melissa Royo. Milan who is playing the lead, some of you may know from Nex TV, she explains the role as well as a wish to develop as an actor. Don’t forget to put one of the dates in your diary. 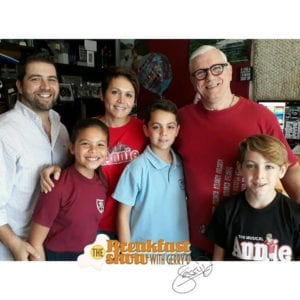 The Judiciary informed on the afternoon of Thursday, April 12, that the Superior Court of Appeals confirmed the precautionary measures applied to the mayor of Los Santos, Eudocio Pany Pérez, and his reinstatement to the post.

After the discovery in La Nueva Joya prison of two packages, containing an alleged drug, a weapon and ammunition, the Ministry of Government (Mingob) began an investigation to determine its origin.

The former presidential candidate Juan Carlos Navarro , of the Democratic Revolutionary Party (PRD) , went to the Metropolitan Prosecutor’s Office yesterday, to to be notified of a lawsuit filed against him by the former ambassador of Panama in Korea,  Jaime Lasso , for the alleged crime against his honor. As compensation, Lasso is asking Navarro the sum of 3 million dollars, confirmed Rosendo Rivera, defense attorney for the PRD.

The judge of the preliminary investigations of the Court of Naples delayed again the opening of trial – until May 8 – in the case on the alleged diversion of 20 million dollars in regard to the frustrated construction of four modular prisons in various locations in Panama , by the Italian Svemark consortium .

Three players of Sporting San Miguelito belonging to the  Panamanian Football League (LPF) were provisionally detained for alleged commission of crimes against individual freedom ( kidnapping ) and against the economic order (improper use of credit cards).

The National Institute of Culture (INAC)  announced on Thursday, April 12 that it will hold a scholarship contest for young instrumentalists, in collaboration with the Santa Cecilia Music Conservatory , located in Rome, Italy.