In the last 24 hours, 8 deaths have been registered throughout the country due to Covid-19, bringing a total of 6,932 accumulated deaths, for a lethality of 1.6%. This was revealed in the epidemiological report of the Ministry of Health (Minsa) of this Thursday, which indicated that in Panama there are 427,755 patients recovered from the new coronavirus. Meanwhile, active cases total 10,964. According to the Minsa, this Thursday 956 new positive cases of the disease were detected, for a cumulative total of 445,651. While 11,353 tests were applied in the country to detect those infected and a percentage of positivity of 8.4% is maintained. According to the entity, 10,435 people are reported in home isolation, of which 10,140 are at home and 295 in the so-called hospital hotels. In addition, there are 529 hospitalized, of them 411 are in a wards and 118 are in the intensive care units.

With a decrease of 33.6% in Covid-19 cases in the last two weeks, Panama is registering a plateau in the third wave of the pandemic with a downward trend, reported the Pan American Health Organization (PAHO). PAHO also shows that Panama has a low incidence of active cases both in the region and worldwide. The country’s figures reflect 251.3 active cases per 100,000 inhabitants, this week it ranks 51st.

The Minister of Health, Luis Francisco Sucre , reported, that he is waiting for the official report to be prepared by the Regional Directorate of Veraguas on a party that took place in that province in the middle of a pandemic and in which participated officials holding high positions. “The first thing to do is for the region’s authority to carry out the corresponding investigations. We do not have any complaints, however, we have seen though photos and social networks that there was a meeting, ”Sucre said during a tour of a Covid-19 vaccination center in the Juan Díaz district. On July 6, in the usual Tuesday conference, Sucre warned that “any public official who participates in clandestine parties, or mass activities, will be removed from their position , since it puts their health, collective public health and that of their family and co-workers”.

At least 83 complaints exist against justices of the peace and there are seven criminal complaints, as well as a habeas data for a judge in the capital, informed the Ombudsman Eduardo Leblanc González. The official said that at present the justices of the peace “do not have a chief” and remain almost independent, after only the Ombudsman and a representative of the community council participate in the district commission, due to the resignation of civil society.. Criticism against the justices of the peace intensified after the sanctioning, last Friday, of hundreds of drivers trapped in a roadblock which was caused by a police checkpoint in Capira (West Panama). The operation not only caused a roadblock, but also caused dozens of people to be fined by a justice of the peace, because they were told that they were violating the curfew as a result of the decrees issued by Covid-19 .

During the morning session of the sixteenth day of the trial that follows former President Ricardo Martinelli , for the alleged commission of the crimes of interception of telecommunications, monitoring, persecution and surveillance without judicial authorization, the reading of the third booklet began, of the seven that provides the Prosecutor’s Office as evidence in this case. The jurist Herrera Delegado – who for confidentiality reasons cannot give specific details of the reading – indicated that among these documents are emails about proposals to former presidential candidates and political opponents of Martinelli. 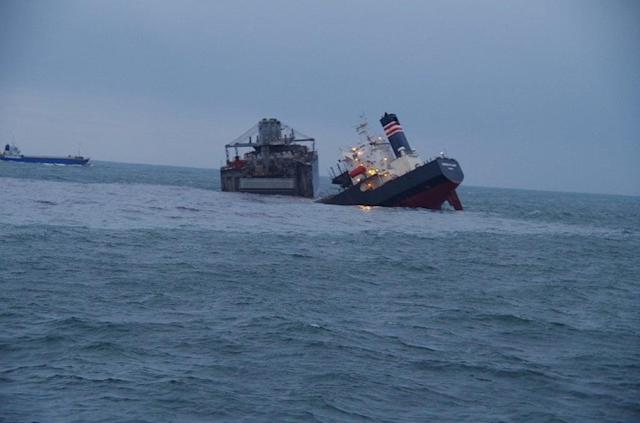 A Panamanian-flagged freighter stranded in the waters of the port of Aomori, in northern Japan , broke in two this Thursday. This caused a spill of fuel into the sea, according to international news agencies. The Crimson Polaris , a 39,910-ton cargo ship, ran aground last Wednesday while sailing in the port of Hachinohe, in Aomori prefecture and four kilometers from the Japanese coast.

The National Soccer Team of Panama improved four places in the latest ranking of the International Soccer Federation (FIFA), which was revealed this Thursday, August 12. Panama occupies the 74th place in the world list of national teams, which represents a rise of four places, since in the months of April and May it was in the 78th.

Three referees from the Central American area will be in charge of whistling the first matches of the Panama soccer team, at the start of the octagonal round of Concacaf on the way to the Qatar 2022 World Cup. The Panamanian Football Federation (Fepafut) reported that the names of the refereeing quartets were confirmed by FIFA.