It’s a nice relaxing morning after yesterday. I take a rummage through the music collection, throw in few Christmas songs as well. Also a little look around the Internet.

The Anticorruption Prosecutor’s Office charged the former general manager of the Tocumen S.A. airport, Juan Carlos Pino, with the alleged commission of crimes against the public administration. 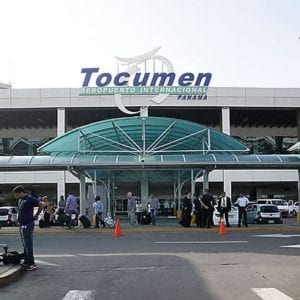 Tocumen, S.A., will disqualify any proposal presented by the Brazilian construction company Odebrecht, if  the interest it has shown for two contracts materializes that the international air terminal will tender in the coming weeks.

Carlos Duboy must be separated from his position as current manager of Tocumen, SA, after admitting that he requested a donation from the construction company Odebrecht in 2008, said Olga De Obaldía, executive director of the Foundation for the Development of Citizen Liberty, Panamanian chapter of Transparency International (TI).

Through a working table, the Labor, Health and Social Development Commission of the National Assembly began consultations yesterday to strengthen the draft bill “by which the medicinal use of marijuana is established.”

The Public Prosecutor’s Office of Panama reported yesterday that it is investigating, animal abuse committed on six cats that were burned alive, supposedly by two students from a school in the western area of ​​the country.

The Panama national team and Seattle Sounders midfielder, Román Torres, is one of eight players who are part of the annual survey to be selected as Major League Soccer Latino of the Year (MLS) or the best Hispanic player in the US league.