Today we announce the winners of the 8th anniversary video contest. To help us make the announcements Alpacachino and his pet human Melissa. 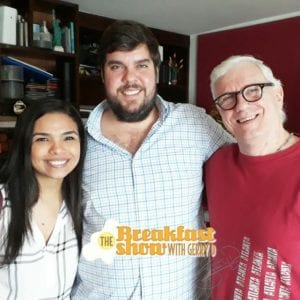 In the second hour today, Leonardo Zambrano CEO of Appetito24 a locally developed application that offers the best food locations and has your order delivered to yo

ur door. Find out how it started how it works and the advantages.

An earthquake measuring 5.5 degrees was recorded on Wednesday June 13 in the province of Los Santos, reported the National System of Civil Protection (Sinaproc).

The 26 patients in the hospital ward of the old Anita Moreno Regional Hospital in Los Santos had to be evacuated Thursday afternoon after the earthquake of 5.5 on the Richter scale recorded on Wednesday night weakened the building’s structures.

A total of 157 professors working in the José Daniel Crespo School (JDC) of Chitré paralyzed work on Thursday, June 14, to demand the execution of some promised projects within this secondary campus attended by about 2,400 students.

The Consortium of Line 2 of the Panama Metro announced on Tuesday June 12 that from 9:00 pm on Saturday June 16 until 7:00 am on Sunday June 17 they will close avenue Domingo Diaz  to complete the assembly of the walkway of the Don Bosco station