Friday 18th May 2018. Frozen in Russia! Movie by our guest Arturo Montenegro. 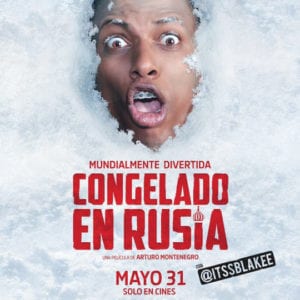 Time for a new movie from Panama. Our guest in the last hour of today’s Program is Arturo Montenegro. With the success of Panama securing a place in World Cup 2018, there is no better subject for a movie as we follow a fanatical fan in this hilarious comedy. 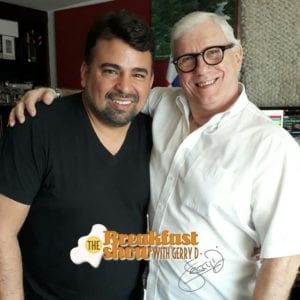 (Arturo Montenegro is a Panamanian director, scriptwriter and actor, with more than 25 years of career in the audiovisual world. He has worked in local and international productions of films, videos, documentaries and film and TV commercials. Director and screenwriter of the Panamanian film EL CHEQUE premiered nationally in April 2016. Presented at the Fine Arts Festival of the Dominican Republic, the Comedy Cluj IFF of Romania, IFF PANAMA, Bolivian Film Festival, Latino Film Week Costa Rica and the Panama International Film Festival of Los Angeles).

The Attorney General of the Administration, Rigoberto González , said on Thursday, that the National Assembly should be an open-door institution and willing to receive the  Comptroller’s Office to carry out the necessary audits, since it is a “high institution” and therefore should be well aware of “the example that we have to give”.

The Minister of the Presidency,  Álvaro Alemán,  referred to the conflict that arose between the  National Assembly and the Office of the Comptroller General of the Republic , for the audit ordered to form 080, on the hiring that each deputy performs.

Humberto Rodríguez, coordinating prosecutor of the Homicide / Femicide Section, revealed on Thursday, May 17 that the Public Prosecutor’s Office is still in the incipient phase of the investigation into the death of lawyer Leyda Idalis Montero, 54 years old.

The shift towards the use of other sources of renewable energy, such as solar, will cause changes in the treatment of customers and the rules that govern the energy sector.

On his second day in Jerusalem, the President  Juan Carlos Varela met with Israeli Prime Minister Benjamin Netanyahu , with whom he agreed on cooperation agreements on agriculture, water, trade, technology, security and innovation, the Presidency of the Republic reported. .

The  National Migration Service (SNM) reported on Wednesday May 16 that 2 thousand 893 people have been deported during the first four months of 2018 due to administrative failures.