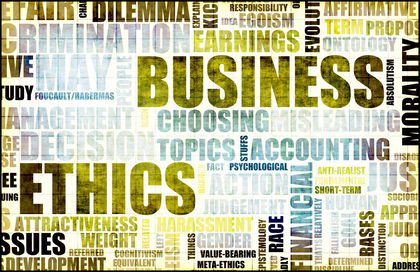 President Laurentino Cortizo sanctioned this Thursday Law 316 of August 18, 2022, which regulates situations of conflict of interest in the public service, an initiative that was promoted by the independent deputy Gabriel Silva. The new law establishes a series of measures to prevent and regulate cases of conflict of interest in the various entities. And it is addressed mainly to ministers, deputy ministers, comptroller, ombudsman, diplomatic and consular chiefs, superintendents of banks, securities markets, insurance and reinsurance, and members of boards of directors that manage public funds. The deputies, the magistrates of the Supreme Court of Justice, the judges, prosecutors, attorney of the Nation and Administration, the president and vice president of the Republic will also be obliged to follow this rule. The official must not invoke or make use of his position with the intention of having a favorable treatment or a better condition than that enjoyed by citizens, highlights the law published in the Official Gazette . He must also keep reserve and discretion regarding the information to which he has access. They must not receive gifts, donations, favors, invitations or services under advantageous conditions that could represent a conflict of interest. Each official mentioned above must make a sworn declaration of particular interests within a period of 30 days once they take office. This statement must be updated within the first 10 days of each year, if you remain in office.

The president of the Budget Commission of the National Assembly, Benicio Robinson , announced that the budget hearings to evaluate the economic allocations to state entities for 2023 will begin this Monday, August 22. Robinson made the announcement on Wednesday night when the commission finished the process of transferring items and the support of the general state budget for 2023 by the Ministry of Economy and Finance (MEF) . The MEF team reported that the general State budget for the 2023 fiscal year amounts to $27,162.9 million. During the support by the MEF, it was highlighted that the budget includes $4,565 million for the health sector; $3.85 million for education and culture; $2,969 million in protection and social security; 1,704 million dollars for public order, security and justice; $217 million for environment and technology; and $534 million in the justice sector.

The Ministry of Health (Minsa) confirmed this Thursday, the fifth case of in the country, the second recorded this week. According to information from MInsa, a report from the Department of Epidemiology reported that it is a 57-year-old Panamanian patient residing abroad. Likewise, it was explained that this person entered the country last Thursday, August 11, and that he made some visits to family and friends. The Minsa specified that the patient is in a stable condition and that he is in isolation in a hospital health facility. In addition, he is subjected to the protocols and treatments established for the management of these cases.

Through Agreement 2-2022, the Superintendency of Non-Financial Subjects established the guidelines and directives on the obligations in terms of prevention of money laundering and financing of terrorism for lawyers and accountants. The measure, explained the regulator, is part of the policies to raise the level of compliance with a risk-based approach, with the ultimate goal of strengthening the money laundering prevention system.

In the provinces of Panama and West Panama, 14 raids were carried out this Thursday, to locate suspects involved in the “removal of supplies” from the Social Security Fund (CSS). As of 7:15 am, 11 people had been apprehended in this operation. Preliminary reports indicate that those captured are officials and former officials of the CSS. According to the investigations, those presumed involved were engaged in stealing supplies in different warehouses of the social security, a situation that caused the “shortage of medicines in medical centers.”

After two days of closure, some owners of small and medium-sized pharmacies opened their doors on Wednesday and carried out an inventory of the medicines that are part of the group that since last August 15 has had a 30% reduction in its price to the consumer. The scenario in the pharmaceutical sector changed after the technical table for medicines recommended to the President of the Republic, Laurentino Cortizo , the signing, through the Ministry of Commerce and Industries, of a regulatory instrument that will reduce the price of pharmaceuticals by 30%. that group of medicines recently approved by the Executive, a discount that pharmaceutical laboratories must apply to distributors and these, in turn, to pharmacies. Regarding the fact that now any agent will be able to import medicines directly, Pérez acknowledged that, individually, perhaps a small pharmacy is not capable of importing. He said that it will be up to them to organize themselves administratively and financially, to do it and improve prices. Investigators already have strong indications of the method and tools used by the thieves in the Calidonia branch of the National Bank of Panama (BNP), revealed the national deputy director of Judicial Investigation, Pablo Villarreal. Villareal indicated that the video surveillance cameras have been analyzed and it has been possible to determine the method of entry of the thieves to the bank. Therefore, there are strong “indications” of how people inside the BNP participated, the type of tools used and the probable time the operation took. When asked if the theft took place last Friday, August 12, Villarreal replied that it could not be determined at this time because it is within the investigation process. The National Police confirmed this August 15 that the theft of 748 thousand dollars from the BNP branch was being investigated.