334,463. The accumulated cases of Covid-19 increased in Panama, after this Thursday, February 18, 708 new infections were registered. In the last 24 hours, 21 deaths occurred and a previous death is updated, bringing the total number of deaths from this disease to 5,694, reported the Ministry of Health (Minsa) through its epidemiological report. The new cases were detected after 8,758 tests were applied, which showed a positivity of 8%. While 1,446 people are hospitalized, of whom 1,229 are confined in ward and 217 in intensive care units, the report says.

At the Santo Tomás Hospital, more than 650 health workers received the second dose of the Covid-19 vaccine on Thursday according to Joel Medina, coordinating nurse of the Expanded Immunization Program of the hospital medical center.

On Thursday morning the vaccination against Covid-19 began in nursing homes, hospitals, hotels, and patients of the Comprehensive Home Care System of the Social Security Fund (CSS) .

After meeting for the second time in two days with the Minister of Social Development and the director of the National Secretariat for Children and Adolescents (Senniaf), the Attorney General of the Nation, Eduardo Ulloa, confirmed this Thursday that there are at least eight processes that have to do with issues that occurred in different shelters.

The Comptroller General of the Republic endorsed the contract for the construction of the new structures that will house the facilities of the Hospital del Niño Dr. José Renán Esquivel.

The members of the subcommittee appointed to elaborate the methodology that the plenary table will use for the dialogue of the Social Security Fund (CSS) are still refining the document, despite the length they requested to reach consensus. 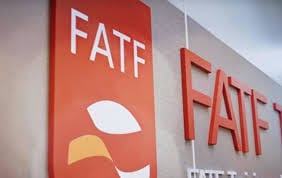 Next week the first plenary of the year of the Financial Action Task Force (FATF) will be held virtually. At the end of the appointment, the situation regarding Panama will be known. Local experts pointed out that a pending task is the implementation of a registry of final beneficiaries of the companies.

The Cable Onda company confirmed that due to acts of vandalism, 32 thousand homes and companies in the province of Panama are affected.