The Ministry of Health (Minsa) reported this Thursday, that in the last 24 hours a person died due to Covid-19 , so the total number of deaths amounts to 7,350. In addition, 203 new infections are reported, which brings to 475,369 accumulated cases. Of this last figure, 465,872 were recovered, of these, 74 were in the last 24 hours, according to Minsa. However, the number of active cases continues to rise. For this Thursday they amount to a total of 2,147, of which 2,014 are in home isolation and 133 hospitalized. Those who are home isolation are divided into 1,923 at home and 91 in hotels. There are 112 hospitalized in wards and 21 in intensive care units.

The director of the Los Santos Health Region, Ayvar Hernández , confirmed that the province currently registers 237 active cases of Covid-19 and that most are immunized. In the last two weeks in this region of the country the increase in infections has been remarkable since by November 6 there were barely 27 active cases and according to yesterday’s report the figure increased in 11 days with 210 new cases. “It is striking that of the infected patients, we only have 15 who do not comply with the vaccination schedule. Of these, seven due to religious beliefs, five because they do not believe in the vaccine and the rest are patients under 12 years of age, ”Hernández said in statements on TVN. He explained that the rest of the people with the virus have the complete vaccination scheme, either with AstraZeneca or Pfizer and that it is important to note that these immunized patients do not present complications.

The Minister of Health, Luis Francisco Sucre, announced that for now the mandatory use of the mask is maintained as a tool to stop the cases of Covid-19. The statements of the head of the Ministry of Health were given when asked about the possibility of not using the mask in open places as of December. “December purchases are coming, stores crowds, Mother’s Day and then Christmas and New Years; So I think we still have to handle ourselves with a mask for some time, ”Sucre said.

The dispute within the Nationalist Republican Liberal Movement (Molirena) was fueled this Thursday, after the presentation of an electoral complaint for alleged irregularities in the handling of the subsidy that the party receives. Guillermo Ríos, a member of the party, accompanied by a group of people, went to the Tribunal Electoral (TE) to present the legal appeal. “It is known that the Molirena party, for months, has been questioned for the management in the use of electoral subsidies and little effectiveness of militancy,” he said. The complaints arise in the midst of the scandal of the appropriation of tickets and winning chances by three officials of the National Charity Lottery (LNB) , an entity run by members of Molirena. The three officials and one individual were apprehended and charged with the possible commission of the crime of intentional embezzlement. 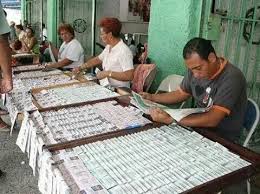 The director of the National Charity Lottery, Gloriela del Río , did not appear on the morning of Thursday, November 18, before the media, who wanted to consult her on the investigation of an alleged embezzlement in the entity. Through this investigation, this Wednesday, November 17, it was learned that three officials with command within the LNB and one private individual were apprehended. Del Río sent the deputy director of the LNB, Javier Ábrego, to issue a statement for the institution.

The Special Prosecutor’s Office against Organized Crime of the Public Ministry (MP), headed by prosecutor Emeldo Márquez, carried out an operation this Thursday, November 18, in the San Martín district of the Panama district. So far the MP has not provided details of the case, but judicial sources informed this medium that the operation is directed against a criminal network that operates in the area.

Political leaders recognize that the National Assembly (AN) has not played its role in creating laws that remove organized crime from the country’s political system. For the former attorney, former deputy and former presidential candidate Ana Matilde Gómez, the Assembly does not escape from “the systemic crisis that the State is going through.” In her view, the meddling of organized crime is “the result of the commodification of politics.” Ricardo Lombana, former presidential candidate and president of Otro Camino, said that campaign financing must be 100% public. “Dirty money is often put into cash in campaigns. Efforts must be redoubled from the point of view of the authorities that supervise the movement of money in electoral activities, ”he said. While the deputies of the National Assembly (AN) announce that next year they will summon the Minister of Public Security, Juan Pino, to respond to the country in the face of the growing wave of violence caused by organized crime and that affects the very ranks of the Government , the contributions of the Legislature to combat this scourge are almost non-existent.

Rubén Blades was named Person of the Year at the 2021 Latin Grammy Awards, which will pay tribute to the Panamanian for his 50-year artistic career. The Latin Recording Academy highlights the Panamanian for his art and his advocacy work for social causes, his support for initiatives focused on political oppression, hunger and poverty, among other global issues.