The epidemiological report of this Thursday, shows that in Panama, in the last 24 hours, some 1,256 new cases of coronavirus were detected, which raised the number of infections to 151,089. The Ministry of Health (Minsa) in its report also reported that there were 15 new deaths from COVID-19, which raised the number of accumulated deaths to 2,922. The lethality of the virus in the country is 2.0%. From this last figure it is broken down that 15,314 people remain isolated in their homes; while 667 are in hospital hotels. In the last 24 hours, 10,615 new tests have been carried out to detect the coronavirus among Panamanians that yielded a positivity of 11.8%.

Doctors specializing in intensive care at the Hospital Complex of the Social Security Fund repeatedly recommended to the health authorities not to include more beds for Covid-19 patients in the aforementioned medical center. A group of doctors from the Hospital Complex issued a statement in which they stressed that the overcrowding of severe patients with Covid-19 only “has generated the development of serious nosocomial infections” by bacteria, which are resistant to drugs.

A day after the National Association of Nurses of Panama made a claim against the Government for payments owed, the Ministry of Health (Minsa) reported this November 19 that “it is complying with the processes” to cancel what it owes to nurses who have been hired for the emergency of Covid-19 .

Most of the pharmaceutical companies that develop a vaccine against Covid-19 have not included minors and pregnant women in their clinical studies and therefore would be left out of the vaccinations in Panama.

Tropical wave number 47 was located, on the morning of this Thursday, November 19, on the border between Panama and Colombia. It continues its advance towards Panama, which is causing the cloudiness that can be seen in the capital city.

Crop losses in the province of Chiriquí amount to $ 5.5 million to date, according to a recent report by the Agricultural Cabinet, in charge of evaluating the damage caused by the passage of Hurricane Eta

The legal representative of the Spanish company Fomento de Construcciones y Contratas (FCC) , Issac Figueroa, did not appear yesterday to give an investigatory statement before the Special Anti-Corruption Prosecutor’s Office, which investigates alleged irregularities in the project of the corridor via Brazil, section II. 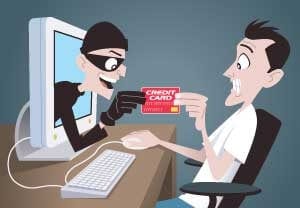 The Consumer Protection and Competition Defense Authority (Acodeco) alerted consumers to an increasingly recurring modality: the sale of products, via social networks, which can be misleading.

Panamanian soccer player Franklin Moreno died on the morning of November 19 In a hospital in the city of Liberia, in Guanacaste, Costa Rica.  Moreno was active in the Liga de Ascenso; In the 2018 -2019 season he defended the colors of Liberia, then, in the 2019-2020 season, with Santa Rosa. The Panamanian had planned to play, as of January 2021, in Tico football.