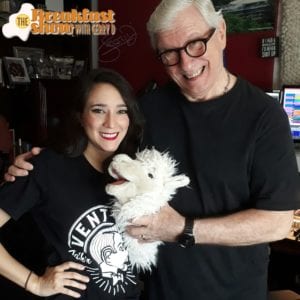 After a trip to Cincinnati for a ventriloquist convention Melissa and Alpachino come in to tell us about their experiences. 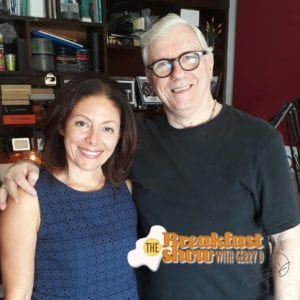 to talk us through it we welcome back Katherine Bucktron. Find out more info gramodanse.org

The deputy of the Panameñista Party, Katleen Levy, complained to the magistrates of  the Electoral Tribunal (ET) regarding the citizen campaign for the “non-re-election” and asked them to “take action on the matter”, because she says that it is not respecting the digital ethical pact.

The Fifth judge of the Criminal Circuit of Panama, Enrique Paniza , returned on Thursday, August 23, to the anticorruption prosecutor, Adecio Mojica , the 93 volumes of the so-called “Communal meetings” case, after rejecting an appeal against ” “the reopening of the investigation.

The hearing of the plenary session of the Supreme Court of Justice (CSJ) to attend the bail request for release in favor of former President Ricardo Martinelli was postponed until  September 10.

The deputy of the Democratic Revolutionary Party (PRD) , Javier Ortega , went out of his way to criticize the latest travel report of the members of the National Assembly .

The deputy Athenas Athanasiadis , denounced by Comptroller General  Federico Humbert for the alleged irregular handling of contracts for professional services of item 172 of the National Assembly (AN) , said that “she has not been paid with State funds to any employee of Athanasiadis Group “.

The Tocumen International Airport informed that next Wednesday, August 29, 2018, it will carry out a simulation of a real-life aviation accident, in the internal areas of the air terminal.