Friday 25th January 2019. You, me and the music. Plus some of the happenings here in Panama. 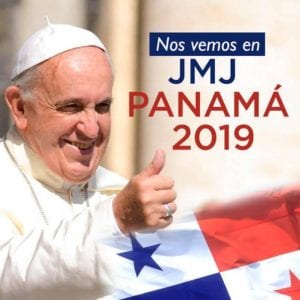 Ending the week that Pope Francis visited for World Youth Day. Next week we start to get back to normal from what for us was an amazing event, proving that Panama is not just Papers but one of the friendliest and most beautiful countries in the world!

A judge of guarantees ordered the release on Thursday of a 64-year-old man, who had been provisionally detained as part of the network that allegedly disseminated altered photographs of the  Attorney General of the Nation, Kenya Porcell.

The  Public Ministry (MP) in the province of Herrera presented this Thursday, January 24, the final dismissal brief in favor of the eight producers, who faced different charges against them, following the riots of December 18, 2018, which occurred in Divisa, district of Santa María, province of Herrera.

The Twelfth Criminal Court denied an incident of controversy presented by the legal defense of Ricardo Alberto Martinelli Linares , in which he alleged violation of due process in the investigation that follows him for the bribes paid by Odebrecht in Panama.

Pope Francisco arrived about 5:00 pm to Campo Santa Maria la Antigua on the Cinta Costera where thousands of pilgrims and special guests attended the welcoming ceremony and opening of the  World Youth Day (JM) .

The  National Immigration Service reported that up until 7:00 am on Thursday, January 24, 59 thousand 570 registered pilgrims entered the country for the World Youth Day (WYD) , which started on Tuesday 22 and ends on Sunday 27 January.