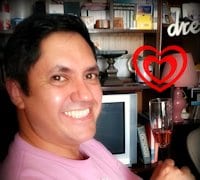 Carlos Mata our wine sommelier is back with us on the breakfast show. Our choice of wine for this morning is Brunello di Montalcino is a red Italian wine produced in the vineyards surrounding the town of Montalcino located

about 80 km south of Florence in the Tuscany wine region. Brunello, a diminutive of bruno, which means brown, is the name that was given locally to what was believed to be an individual grape variety grown in Montalcino

The governments of Panama and Japan signed an agreement yesterday for the automatic exchange of financial information.

Zulema Sucre, being deputy minister of Social Development (Mides) “invented a trip, ostensibly to transfer her technical advisor to the offices of Chiriqui and Veraguas, when in fact she designated one of her bodyguards to take her daughters to Aguadulce for the 2015 carnivals”.

Taiwan officials will request help from Panama and the United States to investigate Mega International Commercial Bank, which was recently fined $180 million by New York regulators.

Next October 12 will take place the preliminary hearing of the case of infants who died because of poisoning with sodium heparin benzyl alcohol, in the Social Security Fund (CSS).

The 12th Criminal Court has called Rodney Zelenka to trial on fraud charges involving a deal with Henricus Kerkhoff, who tried to buy apartments in the Plaza Independencia project.

The Ombudsman Alfredo Castillero held a meeting with residents of the communities that will be affected by the filling of the Barro Blanco Hydroelectric project.

The United Nations has qualified the agreement between the government and indigenous leaders on the Barro Blanco hydroelectric project as “a historical reference for the international community.”

The National Assembly approved on second reading the bill 185, which states December 12 as Sociologist Day and creates the “Raul Leis” award.

As once said by the philosopher George Santayana, “he who forgets history is doomed to repeat it”. It’s been 26 years since the US invasion of Panama yet the exact number of victims of the invasion is still unknown.