According to the epidemiological report of the Ministry of Health (Minsa), in the last 24 hours there have been 20 new deaths. Also, in the report of this Thursday, February 25, one death is updated, bringing a total of 5,810 accumulated deaths and a fatality of 1.7%. This Thursday 324,156 recovered patients were counted. Active cases total 9,417. While 682 new positive cases of infected people were detected, according to the Minsa, 9,909 tests were applied throughout the country, for a percentage of positivity of 6.8%. Hospitalized patients, on the other hand, number 1,188, of them 1,016 are in a ward and 172 are in an intensive care unit.

For the Foundation for the Development of Citizen Freedom, Panamanian chapter of Transparency International, the resignation of former attorney Eduardo Ulloa has left the country with “more questions than answers.” Another point that the foundation stressed is that if Ulloa received external pressure, be it media, political, economic or criminal, he was obliged by law and personal integrity to inform the country and denounce them.

The Financial Action Group (FATF) updated its gray list of countries with deficiencies in the regime for the prevention of money laundering and terrorist financing. Panama continues to appear on this list, which it entered in June 2019. The agency pointed out that Panama undertook to implement an action plan to address the deficiencies previously detected. He acknowledged that the country has made progress, but also urged the authorities to complete the pending items of the action plan.

The Vice Minister of Economy, Jorge Almengor, presented this Thursday before the plenary session of the National Assembly, a bill on an extension of the tax amnesty due to the new coronavirus pandemic. Almengor explained that it is about extending the tax amnesty that had expired on December 31 of last year and the payment arrangements that also expire on April 30 of this year.

In its report on the situation of Covid-19 in Panama, the Pan American Health Organization (PAHO) proposes that the return to classes must be a planned process and taking into account the reality of the virus in the country. Panama will begin next Monday, March 1, the 2021 school period and for now the first quarter will take place virtually or remotely due to the new coronavirus pandemic. 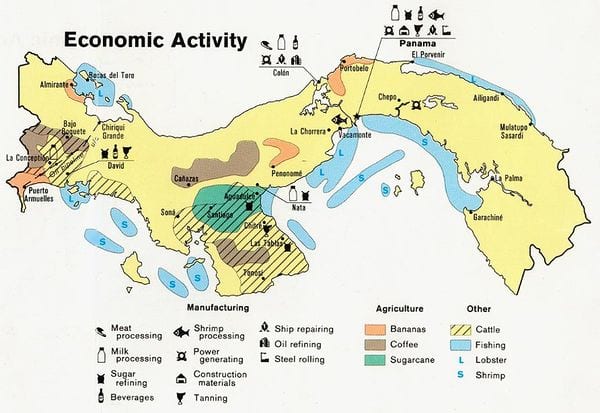 Next Monday and for four days, the Colon Free Zone will hold the first virtual fair that seeks to boost the businesses of the companies in the free zone. 185 companies will participate in the event that will offer products grouped into 9 areas such as clothing, jewelry, household appliances, among others.

With the shipment of the first eight containers, producers from Santeño began to export melons to England, an activity that represents an important economic injection for the Azuero region. Batista explained that, for this agricultural period 2020-2021, the project contemplates exporting to England about 60 containers, of which – to date – 8 have been sent, to the advantage of 20 producers.

From this Friday, February 26, until March 12, a gallon of 95 octane gasoline will increase 18 cents, which will exceed the $ 3.00 barrier to be sold at $ 3.02 in Panama and Colón. The 91-octane gallon of gasoline will also increase by 17 cents to sell for $ 2.96, according to the report from the National Energy Secretariat . Low-sulfur diesel will increase by 15 cents a gallon and will sell for $ 2.60.