Eight people died in the last 24 hours due to the coronavirus , according to the epidemiological report of the Ministry of Health (Minsa) published on the afternoon of this Thursday, August 26. With these new deaths, the accumulated total is 7,031 (1.5% fatality). The report also highlights that active cases in Panama are on the decline. For example, a month ago, active cases totaled 12,998, while 8,245 were reported this Thursday. Meanwhile, in the last 24 hours, 548 new positive cases were reported after the application of 10,247 tests (5.3% positivity). The total accumulated cases amounts to 454,878, of which 439,602 have been recovered. In home isolation, 7,851 are reported, of which 7,619 are at home and 232 in hotels. There are 394 hospitalized and 288 of them are in the ward and 106 are in intensive care units.

The Minister of Health, Luis Francisco Sucre, confirmed this Thursday that the two officials of the institution who are linked to the scandal of the swabs will not return to their posts due to a conflict of interest. Sucre affirmed that Ana Lorena Chang Chevalier and Leonardo Labrador Chávez , regional head of Public Health and national head of Epidemiology, respectively, appear as owners of the Sermedic Panama clinic , which was working at least in one place in the application of swabs to detect the Covid-19 . This was in the port of Balboa. However, they will continue within the payroll of the ministry as doctors, until Human Resources delivers the formal report in which it will determine whether or not they will be dismissed

The Alliance for the Prevention of Educational Exclusion and the Safe Reopening of Schools , made up of 18 organizations and unions, supports the call made by the Ministry of Education (Meduca) for the gradual return of teachers to educational centers. According to the alliance, the Meduca decision is a fundamental advance for the return of face-to-face classes safely and gradually.

The plenary session of the National Assembly approved this Thursday, August 26, in second debate the bill 153 that regulates the medicinal and therapeutic use of cannabis and its derivatives. After several days of permanent session and after agreeing on different aspects, the approval of this project that had been discussed for about five years was achieved. 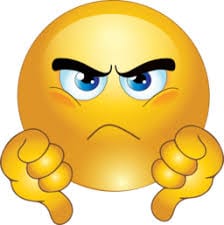 The Latin American Index of Legislative Transparency (ILTL) classified the level of transparency of the National Assembly (AN) as “deficit”. The Panamanian Legislative Organ obtained a score of 35.2% and is ranked 10th out of 13 parliaments evaluated at the regional level.

President Laurentino Cortizo sanctioned this Wednesday, August 25, the law that modified the regulation on cycling mobility in Panama, approved this year in a third debate by the National Assembly . This new law establishes norms that “guarantee and favor” the use of the bicycle as a means of transport or other non-motorized, non-polluting means, in addition to pedestrian movement.

The director general of the National Police , John Dornheim, reported this Thursday, that, in conjunction with the Public Ministry, investigations into the shooting that occurred in the San Francisco district are underway. In this event that occurred on 70th Street, one person was killed and another injured. Dornheim explained that preliminary reports show that those who participated in this murder are linked to national and transnational organized crime.

The six container ports handled 4.9 million TEUs or 20-foot-long containers, between January and July 2021, or a growth of 12.5% ​​compared to the same period in 2020, according to preliminary figures from the Panama Maritime Authority (AMP) . Compared to the first seven months of 2019, the growth was 22.5%.

The National Secretariat of Energy (SNE) released this Wednesday, August 25, the prices of gasoline of 95 and 91 octane, which reflect a decrease that will govern from this Friday, August 27 at 6:00 a.m.