Friday 29th July 2016. Trump Hotel social responsibility. What to do? The “Visitor” 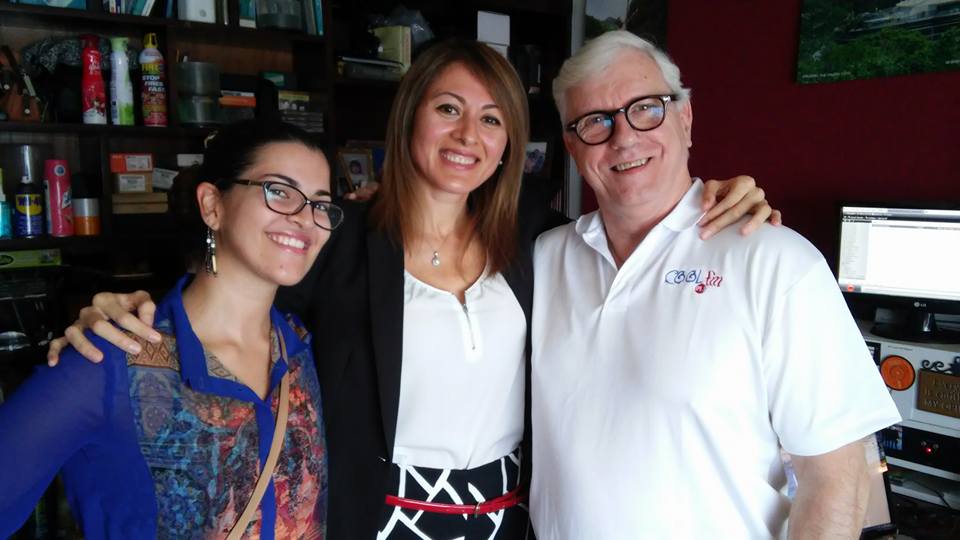 It is always good when you have a large organization that is putting back into society as well taking out.That is exactly what we discuss this morning with Erica Moreno, Manager of social responsibility projects for the Trump hotel and Tower. They have just recently had an exhibition on paintings by students of Fundacion Soy Capaz who are autistic. It has been a great success and they are still on display at the Trump Tower. We also touch on the Eric Trump Foundation and of course we could not talk about Trump without a bit an insight into “The Donald.” for more information on the Social Responsibility projects you can get in touch with Erica at emoreno@trumphotels.com

No Friday would be complete without our look at the things that you could be doing here in Panama, to keep us up to date Gabriel from “The Visitor” makes his usual weekly visit.

Yesterday, the Supreme Court decided to separate magistrate Harry Diaz as investigating judge of the Cobranzas del Istmo (CISA) case. The application had been submitted by Judge Diaz.

The Organization for Economic Cooperation and Development (OECD) is preparing a new list of tax havens which will be published in July 2017, and there are reports that Panama will not be on it.

The comptroller of the Republic, Federico Humbert, inspected the new prison in the province of Chiriqui.

The Special Prosecutor for Racketeering Crimes of the Attorney General’s Office, in conjunction with the National Police (PN), conducted an anti-gang operation in the area Felipillo, Panama Este.

Yesterday, a group of 25 representatives from the Ministry of Education and authorities of two educational institutions of Panama City visited the IPT Rio Hato and Angelina M. Tirones school to watch how the “Education ensures success” program got launched.

The judge in the Seventh Civil Court of the First Judicial Circuit has denied the claim presented against the decision of Panama City Mayor José Isabel Blandón to order the demolition of changes made on the 15th floor of the Crystal building in Bella Vista.

The causes that led to the deaths of the infants found in the Albrook and Los Libertadores terminals are being investigated, reported prosecutor Sherly Barria, in charge of the regional agency specialized in crimes against life and personal integrity of the Public Ministry (MP).

The delinquency rate for the waste management fee among residents of the Municipality of Panama, amounted to $60 million as of yesterday, said Eladio Guardia, manager of the Urban Cleaning Authority (AAUD).

With the purpose of promoting the participation of athletes with disabilities in a normal environment, the Republic of Panama will host the Second International Inclusive Karate Tournament, the Celsia Cup.