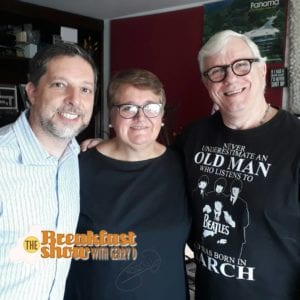 Sadly for the last time Samantha Whay is with us. She soon leaves for a new life in Doha, Qatar. Obviously not hot enough for her in Panama. We have a chat about her time here in Panama and her accomplishments, her new life in Qatar. Also a big TBS congratulations on being awarded the MBE (Member of the British Empire) in the Queens honor list. We are also introduced to Danny Artell who is going to be stepping into Samantha’s shoes.

The Commission of Credentials, Regulation, Ethics and Judicial Affairs of the  National Assembly (AN)  appointed a subcommittee to analyze the admissibility or not of a criminal complaint filed in 2016 against Judge Harry Díaz .

A group of leaders of the National Workers’ Federation and other organizations protested this Thursday, August 30, in front of the facilities of the Chamber of Commerce, Industries and Agriculture of Panama (CACIAP), on Cuba Avenue.

The plenary session of the  National Assembly approved this Thursday, August 30, to summon the Environment Minister, Emilio Sempris, to explain everything concerning the construction works that are being carried out in the Coiba National Park, and provide details on the approval of the environmental impact studies

The journalist and news anchor of Telemetro , Álvaro Alvarado , went  yesteday morning, to the main office of the  Attorney General’s Office , to verify if there is any complaint against him.

The  Panama Metro supported this Thursday August 30, before the Budget Committee of the  National Assembly, its draft budget for the fiscal year 2019, which amounts to $ 648.8 million.

The Attorney General’s Office and the National Police informed that they arrested 11 alleged gang members during an operation carried out in the area known as La Porqueriza and Calle 17 Río Abajo.