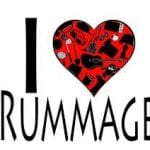 We take a rummage around the Internet to see what we can find of interest. Also being Friday a look at some of the things that you could be doing over the next week or so with Gabriel from “The Visitor” newspaper.

Members of the different legislative blocs reached a political agreement to set the cap on private donations in the May 2019 elections.

Condado del Rey, between the districts of Panama and San Miguelito, is growing with little planning

The migratory crisis due to the irregular flow of Cubans is not coming to an end. A group of 71 Cubans camping in Darién declared, from 7 am Wednesday, a hunger strike to demand from the Panamanian authorities their transfer to the capital city, to one of the camps that the Caritas Social Pastoral of the Catholic Church has enabled in order to attend them.

The Panamanian company Petróleos Delta announced yesterday that it has purchased gas stations of the French company Total in Costa Rica.

The advances of the works in the area of ​​yards and workshops of the Line 2 of the Metro located in the district of the 24 of December, as of now have advanced 20%, informed the office of Public Relations of the line 2 through a statement.

Panamanian Mariano Rivera was praised by US President Donald Trump when they shared a special social event at the White House on Wednesday.