According to the epidemiology report from minsa this Thursday, 454 new infections were registered. In the last 24 hours, 2 deaths occurred, and one from an earlier date is updated, which brings the total number of deaths to 8,101. The new cases were detected after 7,215 tests were applied, which showed a positivity of 6.3%. According to the epidemiological report, the number of active cases is now 4,536. Of the active cases, 4,366 are in home isolation and 170 hospitalized. Those in isolation are divided into 4,328 at home and 38 in hotels; there are 146 patients confined in the ward and 24 in the intensive care unit.

The Comptroller General of the Republic reported on the afternoon of this Thursday, that mobilization expenses were definitively eliminated after an administrative, economic and functional study on assignments to mayors, councilors and representatives of townships. This decision of the comptroller’s office was informed through a Circular addressed to local government authorities throughout the country. It was also communicated to the coordinator of Multisectoral Control and to the chiefs, deputy chiefs and supervisors of control in the municipalities. The Attorney General of the Administration, Rigoberto González, confirmed in early January 2022 that he resumed the investigations related to the complaint filed for the handling of mobilization expenses. According to the Comptroller, the mobilization expenses for the mayors and representatives of the country cost $1 million 26 thousand a month or $12.3 million a year. On the other hand, some mayors earn more than the President of the Republic and the magistrates of the Supreme Court of Justice.

The Panama Canal Authority (ACP) reaffirmed this Thursday that the interoceanic route will maintain its policy of neutrality in the face of Russia’s invasion of Ukraine, and refused to impose any kind of transit ban on Russian ships. “The Panama Canal closely follows the current situation in Ukraine ,” but ” it is a permanently neutral international transit waterway,” the ACP said in a statement sent to AFP. In 1977, the former president of the United States, Jimmy Carter , and the now deceased Panamanian nationalist leader, Omar Torrijos , signed the treaties by which Panama received the Canal from the United States. In one of those treaties, “the neutrality of the Panama Canal is declared,” recalls the ACP, at a time when the West is carrying out numerous sanctions to affect the Russian economy due to its military intervention in Ukraine.

President Laurentino Cortizo announced this Thursday that as of Monday, March 7, the  Institute for the Training and Use of Human Resources (Ifarhu) will  begin disbursing the Pass-U scholarships and competition scholarships. The amount to be paid is $92.6 million, he indicated. There are 687,036 students who will collect the U-Pass scholarship through the youth card and 96,558 students who will collect competitive scholarships, distinguished position, disability, art, culture, sports and others.

A Spanish judge denied a request made by former President Ricardo Martinelli Berrocal to file the process against him as a defendant for his possible link to a corruption and money laundering scheme involving the Spanish company Fomento de Construcciones y Contratas (FCC) , one of the largest contractors of the Panamanian government. The Anti-Corruption Prosecutor’s Office and the Baltasar Garzón International Foundation (Fibgar) had requested that the filing claimed by Martinelli be denied. The ex-governor then said that his statement had been “voluntary” and that everything was “a show by [Baltasar] Garzón with 16 lawyers.” “I have no candles at that funeral,” he cried out in a message posted on his Twitter account on December 17. Judge Moreno’s decision, meanwhile, seems to indicate yes.

A guarantee judge in Colombia ordered this Thursday, the capture of Diego Cadena, a lawyer for former Colombian President Álvaro Uribe and former president Ricardo Martinelli . According to the Prosecutor’s Office, the lawyer traveled abroad for which “he violated the security measure that he was required to comply with.” Colombia ‘s W Radio revealed on March 2 an image of Diego Cadena during his trip to Panama on February 15. The Colombian lawyer represented former President Ricardo Martinelli in a claim before the Spanish newspaper El Mundo, for a story published in October 2019, referring to the case that managers of the construction company Fomento de Construcciones y Contratas (FCC) are being followed for payments of bribes in Panama.

The US Secretary of State, Antony Blinken, thanked Costa Rica, Panama and the Dominican Republic for “their support for the Nicaraguan people” in front of President Daniel Ortega, this was in a meeting with their foreign ministers in which they discussed migration, Honduras, Haiti and trade, His spokesman reported this Thursday. 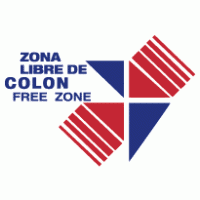 The Colon Free Zone (ZLC) was $171 million away from matching in 2021 the commercial movement it reported as of December 31, 2019, three months before the first case of coronavirus (Covid-19) was detected. The pandemic caused the second largest free zone in the world to close 2020 with a 20% drop in its commercial movement. The ZLC report indicates that in 2021 imports and re-exports totaled $18,640 million, which meant a drop of 0.9% compared to 2019, but an increase of 29% against the movement of 2020, when the commercial complex operated with restrictions for more than 6 months.