Friday 4th October 2019. Interview with Bruce Hall of REO Speedwagon and What, where and when with Yazmin. 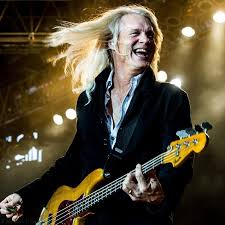 Thanks to Showpro we had the opportunity to interview over the phone with Bruce Hall, bass guitarist and singer with REO Speedwagon. They will be performing here at the Amador Convention Center on the 31st of October.

In the last hour today we check out with Yazmin, ‘what, where and when” some of the things you can be doing in the coming days here in Panama.

The Commission of Women, Children, Youth and Family recommended this Thursday, to the plenary session of the  National Assembly the removal of  Alfredo Castillero Hoyos from the position of Ombudsman, for alleged negligence and not having moral solvency.

The investment budget of the  Panama Metro  had an adjustment of 264 million dollars by 2020 according to the recommendation made by the Ministry of Economy and Finance (MEF) .

The First Drug Prosecutor’s Office analyzes the presentation of an appeal against the decision of the Court of Oral Trial, which on Wednesday, October 2, declared 15 people accused of the crimes of international drug trafficking, money laundering, corruption of public official and illegal association to commit crimes, as part of a criminal network known as El Gallero .

The plenary session of the  National Assembly approved in the third debate, this Thursday, October 3, Law 55 that modifies Law 1 of January 10, 2001, on medicines and other products for human health.

The Minister of Agricultural Development, Augusto Valderrama , did not attend this Thursday, the session of the special commission of deputies investigating illegal deforestation in the province of Darién.

The José Renán Esquivel Children’s Hospital has, since Thursday, October 3, a unit to assist patients with burns on an outpatient basis.