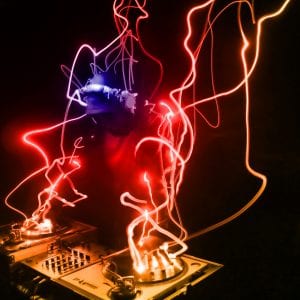 In the last hour today I am joined by Demo Santana. Over the past of the years,  Demo earned a reputation within the country. Over time, is has been normal to see Demo hanging with the big guys and talented from the industry  like Showtek, Allure, Mark Sixma from the Netherlands and has been awarded by Miller Genuine Draft by winning their tournament in Panama City and becoming a international finalist and  elected as the First Runner Up Worldwide of Las Vegas by the sister NERVO, Universal Music Company & DJ Mag staff from London becoming the most successful representation from Panama in the competition so far.

The plenary session of the  National Assembly  approved, on Thursday, April 4, the appointment of Jorge González, Minister of the Presidency, as new member of the board of directors of the Panama Canal Authority (ACP).

One day after reopening the trial of  Ricardo Martinelli for alleged wiretapping, the Superior Court of Appeals  held a hearing to discuss a  habeas corpus  in favor of the former president.

Environmental groupings described as “legal exabrupto” the shipment to the National Assembly (AN) of the 1997 contract that establishes the mining concession of Petaquilla in the district of Donoso, province of Colon, by the Ministry of Commerce and Industries (MICI).

The Institute of National Aqueducts and Sewers (Idaan)  in the province of Herrera has already started to sectorize the distribution of drinking water in some of its aqueducts in the region due to the depletion of the deep wells that supply them.

The old dressing rooms where you had to bathe, practically, with a water tank, were left in the past, along with the bad memories of the swimmers who were screaming for a new pool.