The Ministry of Health (Minsa) reported this Thursday, August 5, that in the last 24 hours a total of 13 people with Covid-19 lost their lives and updated two deaths from previous days, so the accumulated number of deaths due to of this virus amounts to 6,875. In its epidemiological report, the Minsa detailed that 818 new positive cases of coronavirus were reported, after the application of 10,169 tests (positivity of 8%). The total number of cases reported in the country is 439,263, of which 421,263 patients recovered. Active cases in the country total 11,461. Meanwhile, there are 10,899 people in home isolation. Of those, 310 are in hotels. Meanwhile, 466 patients are confined in the hospital ward and 96 people are in intensive care units.

With the projection of applying about 1.6 million doses against Covid-19 in the month of August, the authorities are focused on accelerating the introduction of the second doses, so that the greatest number of people are protected against the virus and especially before the Delta variant. The Ministry of Health (Minsa) urged parents to comply with the vaccination scheme for minors.  According to the Minsa, despite the campaigns that are promoted for this purpose, few parents are going to health facilities to vaccinate their children. “There have been few parents who have come close to complying with the complete scheme, especially with prioritized vaccines for children under 5 and, of these, those under one year,” said Itzel Slocum de Hewitt, coordinator of the Expanded Program on Immunization.

The preliminary hearing of the Blue Apple case concluded this Thursday, August 5 and will resume today at 9:00 a.m. The defense attorneys of the 51 defendants are scheduled to begin their allegations this Friday. While the Prosecutor’s Office concluded the presentation of his case this Thursday afternoon. 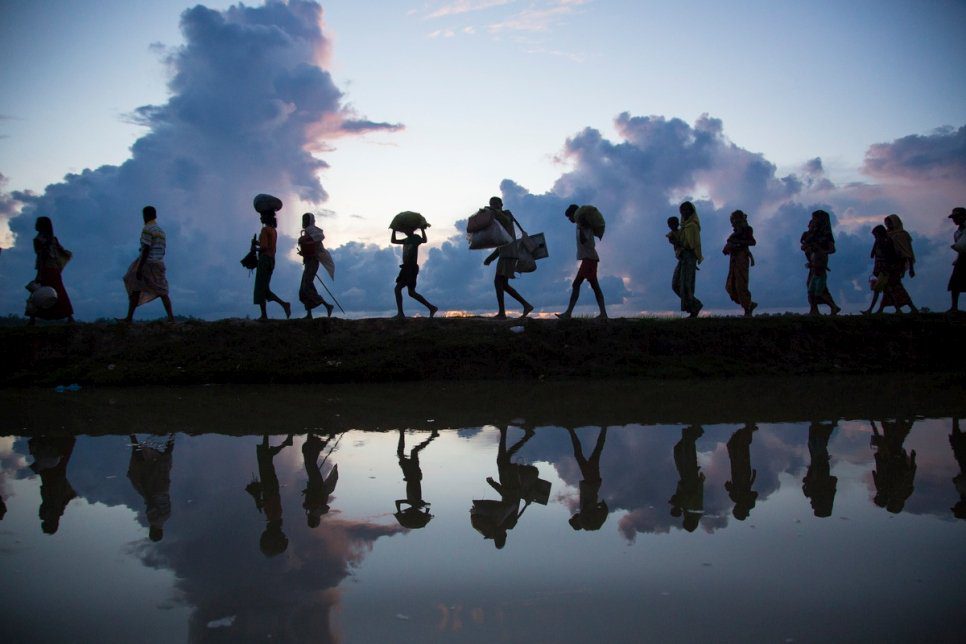 It is an unprecedented humanitarian crisis: the thousands of migrants from Haiti, Africa, Cuba, Venezuela, and other southern countries of the continent, who try to enter Panama through the Darien gap, forced the regional authorities to establish a plan to meet the demand for health services and humanitarian care. Wednesday, in a meeting held in Capurganá, Colombia, the ombudsmen of Panama, Costa Rica, Ecuador, and Colombia, urged the governments to establish a safe corridor for some 10,000 migrants who are in the town of Necoclí, in Gulf of Urabá, Colombia, waiting to begin their journey through Central America to reach the United States.

The planned expenditure for personal services or payroll of the non-financial public sector for the next year amounts to $ 6.233 million, an increase of $ 190 million when compared to what was planned in the 2021 budget. This will be the main component of spending, according to the accounts foreseen in the general state budget for 2022. Debt interest will also have a substantial increase, reaching $ 2,057 million, an increase of $ 223 million compared to 2021.

The Government Commission of the National Assembly approved the draft of Law 39, which eliminates the accessory penalty in some crimes of the Penal Code, promoted by the PRD deputy Raúl Pineda. They also gave the go-ahead to draft Law 55, which modifies some articles of the Penal Code and the Code of Criminal Procedure and dictates other provisions. This proposal was presented by deputy Miguel Fanovich.

The Chamber of Commerce, Industries and Agriculture of Panama (CCIAP) , said that after reviewing and analyzing the minutes of the meetings of the board of directors of the Maritime Authority of Panama (AMP) “it is necessary to achieve a more equitable contract” with Panama Ports Company (PPC) and “for the benefit of the best interests of the Panamanian nation.”