Friday 6th October 2017. Fry Out with JUPA in the second hour today.

In the second hour today, we welcome back students from the JUPA Foundation. A foundation that offers tuition in learning English to students from the public school system and also proficiency in using Microsoft products such as Excel and English. As part of the English program Professor Dino Kirten charged teams to produce a radio program. About thee weeks ago the winners were invited onto the Breakfast Show and given the opportunity to present their own segment. So today we had Eunice Rios and Alexis Gaitan (we were going to have Anel Atencio but he had to sit a maths exam (they changed the date!) Check out their segment from this mornings program. 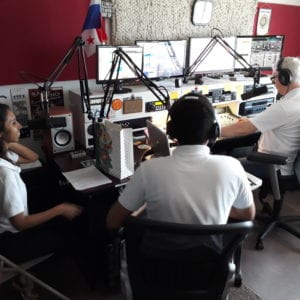 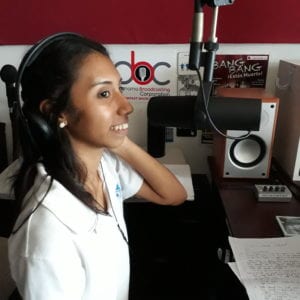 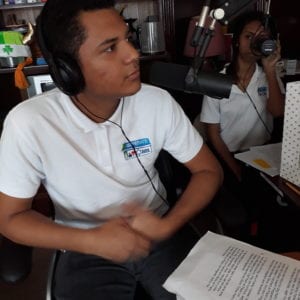 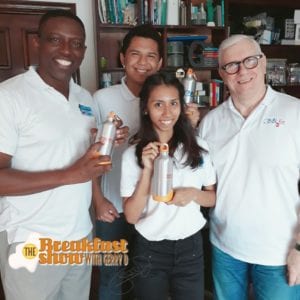 The National Assembly Budget Committee suspended 14 transfers for $45.2 million for the Techos de Esperanza program of the Ministry of Housing and Territorial Planning (Miviot), considering that the minister, Mario Etchelecu, seeks a profit with state resources.

Considering that there was no “adequate proof”, the Supreme Court of Justice did not admit the request of the Public Prosecutor, Rigoberto González, to investigate the deputy of the Panameñista Party Katleen Levy, for her participation in a fair organized by the Institute of Agricultural Market (IMA) in Nuevo Tocumen, area that belongs to her electoral circuit.

Copa Airlines reported that tropical storm Nate has affected flights between Panama and Costa Rica, including the cancellation of some on Wednesday and yesterday.

150 houses were affected by flooding in the province of Chiriquí due to heavy rains that have been falling since Wednesday afternoon and continued until yesterday at dawn, according to a recent report by the National Civil Protection System ( Sinaproc).

At least 29 people were rescued yesterday and one remains missing after a shipwreck off the coast of the Panama Bay, according to the National Aeronaval Service (Senan).

The Urban and Domiciliary Waste Management Authority (AAUD) imposed a $300 fine on Maria de las Mercedes Fábrega Puig, former director of the Museum of Contemporary Art, who was filmed throwing garbage into a river located in Panama City.

David Antonio Moreno was sentenced to 16 years and eight months in prison, for the crime of aggravated homicide to the detriment of a child under 2 years of age, which occurred on September 5, 2012, in the sector of Roberto Durán, district of San Miguelito.