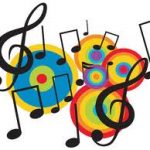 Quite a few tracks of music this morning with “Twist” or connotations in the title, stemming from an item yesterday when the Pravda press in Russia warned the youth in the 60’s of the danger of…… believe it or not the Twist. 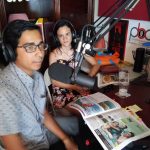 The rigorous animal health regulations that govern the country, the previous cases in 2013 and the alert since December of 2016 of cattle infected with bovine tuberculosis were not enough for the Ministry of Agricultural Development (MIDA), led by Eduardo Carles, to slaughter sick animals as soon as the outbreak was detected.

The Anti-Corruption Prosecutor informed prosecutors investigating the so-called “Panama papers”, gathered this week in The Hague, that Panamanian courts will not provide documents from Mossack Fonseca when only tax fraud is being investigated, since that crime is not included in their legislation.

The National Police (PN) carried out an operation yesterday in the La Joya penitentiary. This was done after more than 10 inmates appeared carrying guns in a video.

Yesterday, the service of Line 1 of Panama Metro began with an hour delay, the reason, “technical inconveniences” with the update of the mass transportation system, which provides service to thousands of Panamanians and foreigners in the city.

The plenary of the National Assembly ratified the Deputy Minister of Finance, Eyda Varela de Chinchilla, on Wednesday night as principal director of the board of directors of the Caja de Ahorros (CA).

Dozens of Cuban migrants stranded in Panama were transported to the border with Costa Rica yesterday from a shelter in the jungle province of Darien, with no prospect of continuing their journey to the United States.