In the last 24 hours, the contagion of Covid-19 and deaths from this disease increased, reveals the epidemiological report of the Ministry of Health (Minsa), of this Thursday. 4,623 new cases are reported. This Thursday, 251 more infections were registered than on Wednesday. While there were 4 deaths from this disease transmitted by the SARS-CoV-2 coronavirus, for a cumulative of 7,449 deaths and a fatality of 1.5%. There were no deaths on Wednesday. To ascertain the number of new cases, 21,466 tests were carried out giving a positivity of 21.5%, adds the Minsa report. Active cases increase to 26,157; of which 25,905 are in home isolation and 252 hospitalized. Those who are in isolation are divided into 25,621 at home and 284 in hospital hotels. There are 220 patients hospitalized in the ward and 32 in the ICU.

The head of the Epidemiology department of the Social Security Fund (CSS) Rudick Kant, affirmed that the rebound in Covid-19 cases that is registered in the country does not have a high incidence in hospitalization. Despite this panorama, Kant stressed that the CSS facilities are prepared for a potential increase in cases. 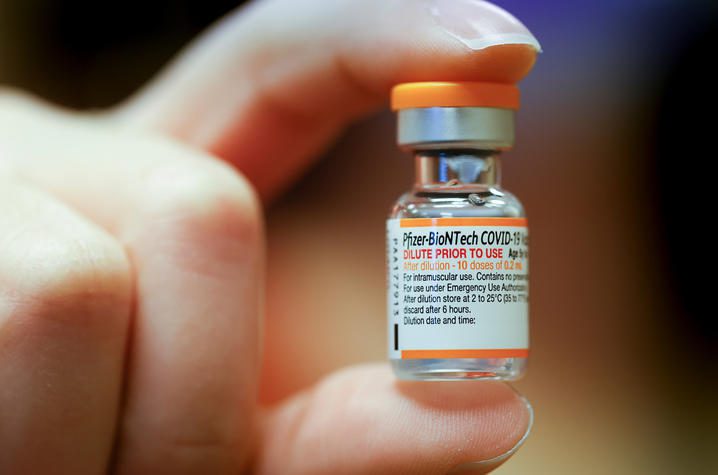 The Ministry of Health (Minsa) detailed this Thursday, that the distribution of pediatric doses of the vaccine against Covid-19 began. 1,400 doses were sent to the province of Bocas del Toro, while 100 doses were transferred this Wednesday to the Ngäbe-Buglé region and 2,600 to Chiriquí. While in Coclé 2,000 doses were delivered and in Veraguas a total of 1,600. The vaccines will be administered at the Children’s Hospital, the Pediatric Specialties Hospital of the Social Security Fund, the Susana Jones Hospital, the Manuel A. Guerrero Hospital in Colón and the Aquilino Tejeira Hospital in Penonomé.

As of January 3, dancing, artistic activities and all those that involve crowds in the district of La Chorrera, province of Panamá Oeste, are prohibited. This, in order to avoid a further increase in Covid-19 cases . This was established in Mayoral Decree No. 001, which bears the signature of the mayor in charge of La Chorrera Arquimedes Ortega, and published in the Official Gazette .

In the plenary session of the National Assembly, where he went to give a report on his management, the comptroller Gerardo Solís showed his support of the government of Laurentino Cortizo. From the legislative podium, he dismissed criticism of the current administration, minimized most of the scandals that arose in the pandemic, gave a boost to the deputies’ lists, and justified the increase in the hiring of central government officials. He spoke for more than an hour, in which he also justified the increase in the state payroll, and the performance of the Comptroller’s Office in relation to almost a dozen scandals mainly related to state purchases, in the midst of the health crisis.

More than 50 hours of searching has been carried out by the Joint Task Force team with the aim of finding the two people – of US nationality – who disappeared after the plane crash that occurred on Monday, January 3, in Chame (West Panama). Some 150 units participate in the search, among them, personnel from the National Air Naval Service, National Civil Protection System, Red Cross, Fire Department, and volunteers. The three people rescued alive on the same day of the accident, received medical attention at the Santo Tomás Hospital and have already been discharged.

The Comptroller General of the Republic is preparing to carry out the National Population and Housing Census in the last quarter of this year. It is now in the process of recruiting 6,630 enumerators and 1,677 supervisors. It also seeks to recruit 344 assistant inspectors and 135 regional inspectors. Those interested in participating as a census taker must register on the website censospanama.pa It turns out that the census will be with a new modality: the questionnaire will be applied from a mobile capture device, called DMC. The enumerator will be able to capture in these devices the information of the 48 questions that will be asked to the citizens. Moreno estimated that 90% will be done with these devices and 10% on paper, as has always been done.

More than 30 thousand units from the security forces and other protection and rescue organizations will be part of the Safe Summer 2022 operation. This program will begin on Friday, January 7 and will end on March 6, the authorities announced this Thursday. Through team and coordinated work, safety and road devices will be implemented throughout the national territory to avoid accidents, respond to emergency situations and maintain public order, said the head of Public Safety, Juan Manuel Pino.