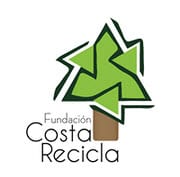 A very busy morning, first we chat to Diego Ferro and Ana Priscilla Herrera. Fundacion Costa Recicla has outgrown its current space in Costa del Este and thanks to the generosity of the Motta Foundation have been donated the use of a new plot of land. However the NIMBY (Not In My Back Yard) effect has kicked in with some local residents complaining. This is a clean unit fully secured and has now garnered the support of 8,315 (at the time of typing this) signatures on the Change.org webstsite. petition.  Not only about recycling but they also have a strong education program. Show your support sign the petition HERE….

It is a Day

at the Races in the second hour with Alan Baitel from the British Chamber of Commerce who are behind the event. Now a staple of the Panama horse racing calendar with all the trimmings of Royal Ascot including the Ladies Hat Competition. Click the picture to see full details and how to register. 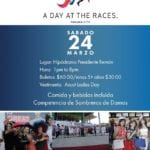 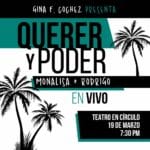 nd lastly today Monalisa and Rodrigo are in the studio to talk about their new album and to introduce to us their new Single “Querer y Poder.” Also promotional concert at the Teatro Circulo on the 19th of March.

The US Court of Appeals for the Eleventh Circuit , based in Atlanta, Georgia, received an appeal from the attorney general, Robert Wilson, against an order to release former President Ricardo Martinelli , who has been detained in Miami since June 12. 2017

The Transit and Ground Transportation Authority (ATTT)  held a surprise operation on Thursday, March 8, around 5 de Mayo Square between the towns of Calidonia and San Felipe .

In an operation carried out by authorities in Colombia and Panama, was captured in the Colón district Apzalon Palacios Algumedo , alias Señor Palacios , who is the alleged head of a cocaine trafficking network linked to the Gulf Clan.

e term of limitation of the criminal action of the Financial Pacific case will be fulfilled next May, after 6 years have elapsed since the consummation of the crime, as reported Wednesday, March 7, the Public Prosecutor’s Office (MP), which is waiting for the Supreme Court resolves an action for the protection of guarantees.

Some 17 companies have shown interest in the project that evaluates the Panama Canal Authority (ACP) to build a liquefied natural gas (LNG) terminal in the Pacific.

This Wednesday, Juan Carlos Varela, President of the Republic, addressed the need to enhance trade between Panama and Curaçao during the meeting held with Eugene Rhuggenaath, Prime Minister of the Caribbean island.