This 2020 the Global Big Day was different. This year, the global birdwatching competition came from confinement, amid a pandemic that keeps much of the planet indoors. Colombia, Peru and Ecuador occupied the first three positions in terms of the number of registered bird species. And in number of lists, the United States took first place with more than 60 thousand lists.

The results by lists place the United States in first place with 67 623 lists uploaded in a single day, while Canada is in a distant second place with 11 612. In the top 10 six Latin American countries appear: Colombia occupies third place with 7123; Panama reached fourth place with 3374; Venezuela is in sixth place with 2363; Argentina follows with 1778; Costa Rica in eighth place with 1758 and Peru ranked tenth with 1587.

Regarding the number of bird species, Colombia leads the ranking for the fourth consecutive year with 1,446 species; Peru is second with 1129; and Ecuador reached third with 1026. Nine Latin American countries appear in the top 10 with the highest number of species. In this ranking, in addition to those already mentioned, there are also Brazil, Mexico, Costa Rica, Argentina, Bolivia and Panama. If we add to them the United States that ranked fifth, then, the largest number of birds was observed in the American continent.
Two records were broken this year: a greater number of bird watchers and a greater number of lists uploaded to the portal that gathers the results of the global event.
For Rosabel Miró, executive director of the Audubon Society of Panama, this competition has involved people who have never before been interested in bird watching. 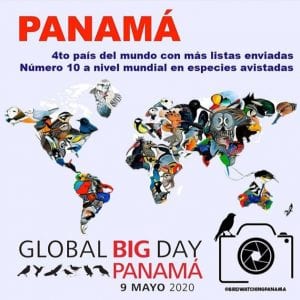 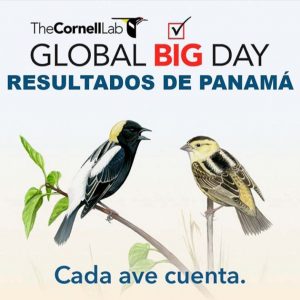 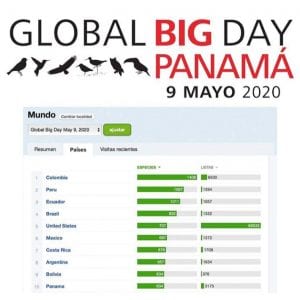 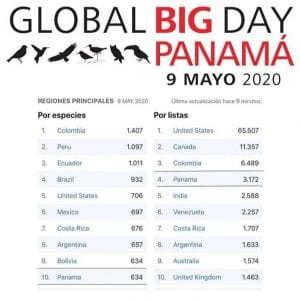