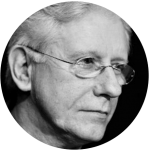 Some great music this morning, My favorite for today, Dolly Parton “The Story”

The Foreign Ministry of Panama issued a statement reiterating its concern over the political and social situation facing Venezuela, which is exacerbated by the ban from public office of the Governor of the State of Miranda and former presidential candidate, Henrique Capriles.

Deputies of the National Assembly did not rule out the possibility that draft law 292, which reforms the Electoral Code, is returned to second debate, due to some inconsistencies in the approved articles.

Yesterday, Panama expressed its strong condemnation with regard to the attacks on two churches in Egypt that killed 43 and injured 118 people, the Foreign Ministry said.

A total of 237 foreigners were deported and expelled during the first months of this year by the National Immigration Service.

Deputy Minister of Housing, Jorge González, said in recent remarks that he hopes to reduce the housing deficit by at least 70% in the country and leave well-established state policies that will allow the next administrations to aspire to eradicate homelessness.

Young Panamanians burst into joy in St. Peter’s Square after receiving from the hands of Polish youth the wooden cross, symbolizing the World Youth Day (WYD), as well as an icon of the Virgin Mary.

The Panama-based Smithsonian Tropical Research Institute (STRI) launched last week a free app that will allow users to identify more than 3,000 fish species from the Caribbean and Eastern Pacific.