In the last 24 hours in Panama, 30 new deaths have been registered due to Covid-19, according to the epidemiological report prepared by the Ministry of Health (Minsa).

In that same report, they advised there were 841 new cases reported throughout the country.

In the epidemiological week that ended Saturday (August 2 to 8), the percentage of positivity in diagnostic tests for the Covid-19 disease increased to 35.5%, out of a total of 20,616 tests performed.

The National Police reported on Sunday that 581 people were arrested for failing to comply with the curfew decreed by the authorities to control the advance of the coronavirus over the weekend.

In their weekly message, the Chamber of Commerce, Industries and Agriculture of Panama (CCIAP) states that the authorities must take urgent actions to counter the crisis that the country is experiencing due to the coronavirus pandemic .

The National Civil Protection System (Sinaproc) confirmed on Sunday afternoon, that 11 members of a family died after the overflow of the Bejuco River, north of the province of Veraguas.

The rains that have fallen in the last hours in the province of Colón so far have left 32 houses affected with partial or total damages, due to floods and landslides in the Cativá district, informed the regional director of Sinaproc , Jaime Ospino.

The Presidency has received the endorsement of 26 contracts for a total amount of $ 131.8 million, to pay the physical solidarity vouchers and bonds that have been distributed as social aid to face the Covid-19 crisis . Seven companies signed contracts to supply the supermarket vouchers. 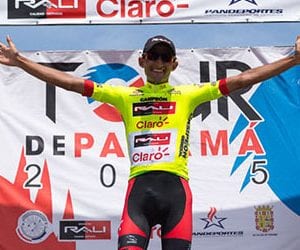 President Laurentino Cortizo warned his work team that he will evaluate the performance of each one of them, as he has reports that there are officials who “are taking it easy.”

The cyclist Roberto González became the first Panamanian to participate and finish the Milan-San Remo, the first great classic of the season, delayed five months and with a new route through Italy.