One of the best things to do (for me at any rate) is shop on line. But how to get those goodies to you? Well with a great option is Mail Boxes Etc, my guest this morning is Asron Vivas from MBE in Casco Antiguo, find out how the system works, how easy to get a box and all the other options that they offer. 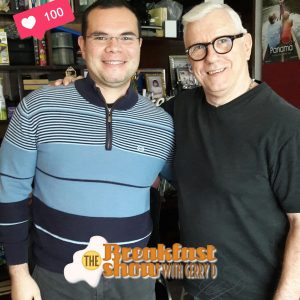 In the last hour this morning we chat with Melissa Guiselle Murua Paz a lady who has won enough medals in swimming to fill a couple of rooms. We chat to Melissa as to how she started in swimming, her accomplishments and her hopes for the future.

The National Directorate of the Revolutionary Democratic Party (PRD), in an extraordinary session, approved to request prosecutor Juan Pablo García to open an investigation against the deputies who voted against the party’s guidelines last Saturday, July 1 during the election of the new Board of Directors of the National Assembly.

The Third Criminal Court denied an incident of controversy so that an investigation related to the rent and sale of lands of the University of Panama (UP) during the Gustavo García de Paredes administration remain without effect.

The Panamanian government granted a period of 15 days to the Cubans who are in the shelter of Los Planes de Gualaca, to decide if they accept the proposal to return with a paid ticket to Cuba – as well as 1,650 dollars to start a small business.

Two years ago, the government declared 13.5% of the country’s entire marine area a protected area, for the study and conservation of mountains or underwater geological formations, “crucial” for migratory species.

A group of 33 new nurses will be appointed at Santo Tomás Hospital (HST) to improve the quality of service for patients in the hospital.