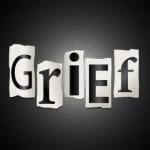 Many thanks to my guests this morning. John Pauli from Fundacion Vida Eterna. Grief is something that we are all going to have to come to terms with one day and John gives us an insight to grief and how to try to try to deal with it. We all have different ways of being able to adjust and John’s foundations is there to help. 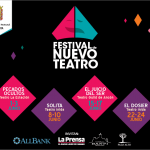 Festival Nuevo Teatro a great local initiative to write produce and act with our own talent. From twenty entrants it will whittled down to six productions of which one will be judged to be the best of the bunch.  Rob Getman takes us through the process, where the shows can be seen, how they are judged and where to get tickets.

On Saturday about one hundred people gathered on the sidewalk of the Cinta Costera, next to the Miramar Hotel to oppose Decree 130 of cadastral update.

The Minister of Economy and Finance (MEF), Dulcidio De La Guardia, announced yesterday that it has suspended the implementation of Executive Decree 130 of June 6, 2017, which establishes new rules for updating cadastral data.

The Ministry of Labor has called for a dialogue between Copa Airlines and pilots of the Panamanian Union of Commercial Aviators (Unpac) to avoid a strike called for this week.

The Social Security Fund (CSS) reiterated the call for the insured, beneficiary and retired population to come, with all the relevant documentation, to register in the polyclinics and authorized health centers, to start registering patients who will participate in the Surgical Optimization Plan (POQ), which both CSS and Minsa are coordinating.

Surfer Kelly Slater, an 11-time world champion, has joined the protest against a wharf that is supposed to be built on the reef at Paunch Beach in the province of Bocas Del Toro, reports a digital magazine.

By 2050, Panama could achieve the goal of reducing up to 35% of its energy consumption, according to a World Bank report based on projections by the National Energy Secretariat.

From the early hours yesterday, dozens of people congregated on the Cinta Costera to reject child labor.