In the last 24 hours, 1,389 new infections of covid-19 and one death were registered in Panama, the Ministry of Health (Minsa) reported this Sunday. With these new figures, the accumulated number of deaths increases to 8,299 with a lethality of 0.9%. This Sunday 7,609 tests were applied for a positivity of 18.3%. Active cases total 23,615, of which 23,287 are in home isolation and 292 hospitalized. Those in isolation are divided into 23,287 at home and 36 in so-called hospital hotels. There are 259 patients hospitalized in the wards and 33 in the intensive care unit. The people recovered 3,465 in the last  24 hours.

As of today, the antiviral drug molnupiravir will be available in all health regions of the Ministry of Health (Minsa), from where it will then be distributed to the various hospitals. It is about 15 thousand treatments of this medicine (for oral use) against covid-19 , reported the Minsa. Dalís Barría, head of the national health supplies warehouse of the Minsa, recalled that molnupiravir will be used for the early treatment of covid-19. Barría explained that each bottle of treatment contains 40 tablets. Minister Sucre also announced that paxlovid should arrive in the next few days, another drug that seeks to reduce the number of hospitalized patients and patients with complications.

A protected witness revealed to the Anti-Corruption Prosecutor’s Office, which is carrying out the investigation into a network that stole chances and tickets from the National Charity Lottery (LNB), that many officials who knew about the irregularities did not alert the authorities for fear of losing their jobs. The investigation, led by prosecutors Itzel Koo and Omar Jaén, has the statements of at least three protected witnesses, who have revealed that many officials were aware of what was happening, but remained silent in the face of possible reprisals. One of the witnesses told la prensa newspaper that he was fired when he refused to accept suspicious returns after the time of a draw, in early 2020. A month later, he received a dismissal letter alleging “loss of trust”. . He says that in this way many officials who did their job were rotated or dismissed.

The guarantee judge of Panama, Francisco Carpintero, decreed the precautionary measure of provisional detention against a citizen, who was charged with the alleged commission of a crime against humanity in the form of smuggling of migrants. This is a Nicaraguan, apprehended on June 9 at the Albrook transport terminal. That day, the Public Ministry (MP) reported that three people were also rescued in this

action.The guarantee control hearing was held on Saturday, June 11. Judge Carpintero considered that the precautionary measure of provisional detention was “necessary” and proportional to the nature of the act, coupled with the procedural risks disclosed at the hearing.

The First Superior Court of Justice rejected a protection of constitutional guarantees presented by Nicel Solano, former assistant to the magistrate of the Supreme Court of Justice , Maribel Cornejo, against the decision of the judge of guarantees, Hiroco Tinoko Naranjo, who on February 11, 2022 admitted the imputation of Solano for the alleged commission of the crimes of corruption of public servants and money laundering. According to the investigations, the now former official delivered information to a criminal network dismantled within the so-called Damascus operation.

The Chamber of Commerce, Industries and Agriculture of Panama (Cciap) stated this Sunday that both the Ministry of Economy and Finance and the General Directorate of Revenue must be accountable for the impact that all expenses are having on public finances, since “since from our point of view, the pace we are following is unsustainable”. In the column La Cámara Opina , the Cciap mentioned that the state payroll has reached historic levels: close to $4,000 million in 2021 and an approximate income of 15,000 people between January and March 2022. The Cciap pointed out that, after two years of sacrifices as a result of the crisis caused by the covid-19 pandemic, the actions that reflect containment, austerity and control of expenses are unknown.Therefore, for this organization, it is time to define a plan to offset some subsidies and start investing this money in actions and plans that add value to society and the individual. The government has justified that part of the growth in payroll spending has to do with special laws that order periodic increases in the salaries of some officials. 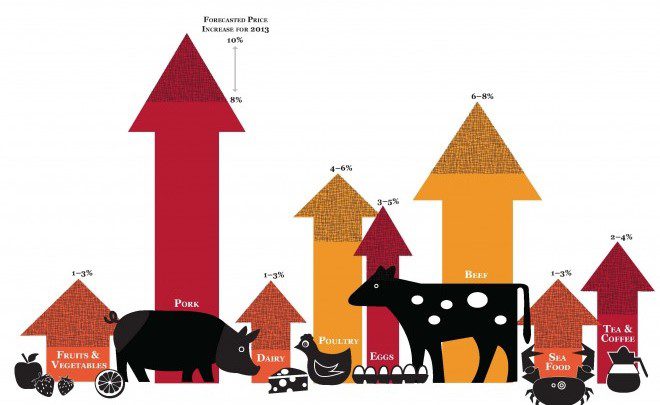 The average cost of the basic food basket (CBA) last May was $280.71 or an increase of $13.93 compared to May last year, when this price was $266.78, according to the monthly monitoring carried out by the Authority for Consumer Protection and Defense of Competition (Acodeco). The CBA considers an average intake of 2,339 calories per person per day. The amount of food in the CBA is calculated for a family of 3.48 people, based on the results of the 2010 population and housing census.

The capital of Panama was ranked as the third most expensive city in Latin America to live in, after Buenos Aires (Argentina) and Montevideo (Uruguay), according to the annual ranking of the ECA International company. For this measurement, which is done annually, the price of renting a home, the cost of transportation and the price of basic food for living, such as milk and cooking oil, among others, are considered. It also assesses how much rent, utilities and public transportation cost, and how strong the country’s currency is.