Celebrating the 100th anniversary of the Red Cross of Panama we have Sra Olga de Obaldia with us. A special event looking back at those 100year will  take place at the 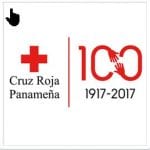 Museum of Contemporary Art starting on the 14th of March and continuing until the 1st of May. If you are interested in the Red Cross and perhaps would like to volunteer…..

In the last hour we take a look at skin cancer awareness, with from La Roche – Posay is Manuel Pantin. They have a free clinic on the 26th of March  at the Cinta Costera, keep an eye on their website for the application form.

The National Authority for Transparency and Access to Information (ANTAI) announced through a press release the support of the proposal of the Comptroller General of the Republic to eliminate the donations made by the deputies.

The Comptroller General sent a letter Friday to the president of the National Assembly, Rubén De León, to inform him that he will audit the donations and contracts for professional services carried out between July 2014 and December 31, 2016.

Administration Attorney Rigoberto González has been given the green light to investigate Attorney General Kenia Porcell for abuse of authority.

European Union (EU) ambassador to Central America Kenny Bell will visit Panama this week to see the evolution of European cooperation with this country, an official source said.

Vice Minister of Housing Jorge González visited the Arosemena and Playa Leona neighborhoods in the district of La Chorrera to inspect the construction work for the “Techos de Esperanza” program.

The National Institute of Culture (INAC) reported that it will proceed with a direct contract for the waterproofing of the National Theater.

Pope Francis expressed his regret at the tragedy of Anton, in which 18 agricultural workers lost their lives, when the vehicle in which they travelled lost control.

The government has approved transferring land in Colón to the Catholic Church valued at $1.2 million.

Through the Directorate of Protected Areas and Wildlife and the Headquarters of the Darién National Park, in collaboration with NGOs: ANCON and Science and Nature 507, the Environment Ministry temporarily closed the “La Antena” trail for a period of 10 months.