As Panama prepares to play a friendly football game tomorrow with Wales in Cardiff we chat with H.E. Damion Potter British Ambassador to Panama. We talk about first impressions of Panama, the embassy and its roll and does Panama stand a chance against the Welsh team! 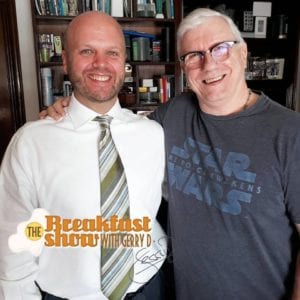 Two days after the hearing of the approval of agreements in the Odebrecht case, the former presidential candidate for the Democratic Change party (CD), José Domingo Arias, denied having received money from the Brazilian company.

Of the 112 State entities that are evaluated by the National Authority of Transparency and Access to Information (Antai), more than half did not comply with the updating of public information on their websites as established by Law 6 of 2002, of transparency.

A total of 22 thousand 674 vehicles traveled to the interior of the country on November 9 and 10, according to a report of the Joint Task Force.

The Mass Transportation Company of Panama (Mi Bus) plans to increase by 50% the number of users on the North and South corridors, after the reduction of the rates that began last Thursday.

The Electoral Tribunal (TE) regulated the process of registration of Panamanians in the Register of Resident Voters Abroad (RERE), a modality that began in the general elections of 2009.

Around 100 hectares of watermelon have been affected by a plague that is attacking crops in Isla Cañas, in the district of Tonosí, province of Los Santos.

For the first time, Panama hosted the South American Regional Programming Competition ACM-ICPC, which was held at the Universidad del Istmo and where Celso Agrazal, Arturo Atencio, and Lucas Morais from the Technological University of Panama were selected to represent the country in the World Programming Competition to be held in China.