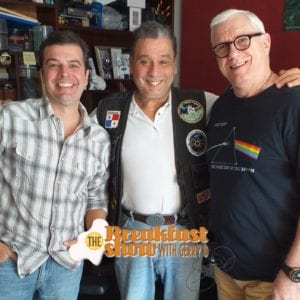 In the second hour of today’s program we are joined by Carlos Rogers from the ‘La Asociación Panameña de Aficionados a la Astronomía”. We chat about some of the events that have recently taken place for example the Chang E4 the Chinese rover that has successfully landed on the Dark Side of the Moon. And the NASA 4 explorer. Also Panama’s upcoming Blood Red moon on the 20/21st of January.

When both the presidential flag-bearers of political parties and those of free application are known, the  Chamber of Commerce, Industries and Agriculture of Panama(CCIAP) said that the time has come to know the concrete proposals of the candidates, direction to the general elections next May.

At a time when the country was finding out who the candidates for the Presidency of the Republic are as independents for the elections on May 5, deputies from different political parties have come to question the figure of free application and the method for the collection of signatures.

The delay in addressing the debate and the difference in criteria between the parties involved are delaying the discussion of the bills of the Tax Procedure Code and the criminalization of tax evasion.

Panama ranks as the fifth most democratic country in Latin America and the Caribbean, after Argentina and before Trinidad and Tobago, according to The Economist in its “Index of Democracy” for 2018.

Minicarimañolas, rice with coconut and awning salad. This is part of the menu that will be offered next Saturday, January 26, to Pope Francis, when he is having lunch with 10 young people from the five continents, at the major seminary San José.

Some 46 pilgrims who came to the country to participate in the  World Youth Day (WYD) were present at the parade of the Thousand Polleras of Las Tablas this Saturday.