Apologies for the shortened program and the late posting. I became unwell and had to shut down…. Sorry. 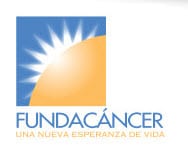 With me this morning is Alexandra Castro, Director of Fundacancer.

Skin cancer is only surpassed by prostate, Mamery and cervical cancer. In fact, according to Fundacáncer’s report , one of every three positive cases of this disease is skin. 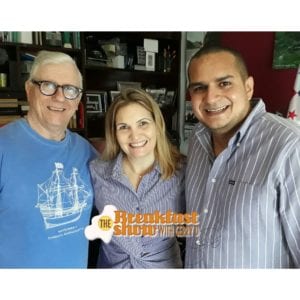 The report adds that this condition is caused mainly by exposure to ultraviolet radiation that comes from the sun and is also found in tanning beds and cabins. If it is detected early, it can be cured.

In addition, there are preventive measures such as sunglasses with UV filter, wide-brimmed hats and long-sleeved shirts, in case you have to be exposed to the sun’s rays, as well as try not to expose yourself during peak hours 9:30 am and 4:00 pm.

The Chamber of Commerce, Industries and Agriculture of Panama (Cciap)  stated yesterday that the time has come to stop the deputies from having funds for payrolls to pay emoluments on the fringes of the  National Assembly.

The operations in the port of Balboa returned to normal on Saturday night, after the Industrial Union of Transport Workers for Waterways and Related Industries of Panama (Sitravaap) signed an agreement with representatives of the company Panama Ports Company (PPC)

Saúl Méndez , general secretary of the Single Trade Union of Construction and Similar Workers (Suntracs) , assured Saturday afternoon, May 12, that people far away from the sector are those who have closed streets and staged protests to demand the payment of 50 dollars strike subsidy.

On Saturday night, the agents of  the National Frontier Service (Senafront) clashed with a group of backpackers, who were engaged in drug trafficking in the Palmira sector of the Darién province .

Due to the high levels of turbidity in the La Villa River, yesterday, the production of potable water in the Roberto Reyna water treatment plant in Chitré was halted .

The lack of surface aquifers in several areas of the province of Los Santos has meant that they have to be drilling wells over 400 feet deep to search for water fit for human consumption.

After years of decline, the Amador Causeway has taken on a new air and the authorities hope to take advantage of the rebirth of one of the most emblematic points of the capital city to turn it into a tourist center. Is it possible?