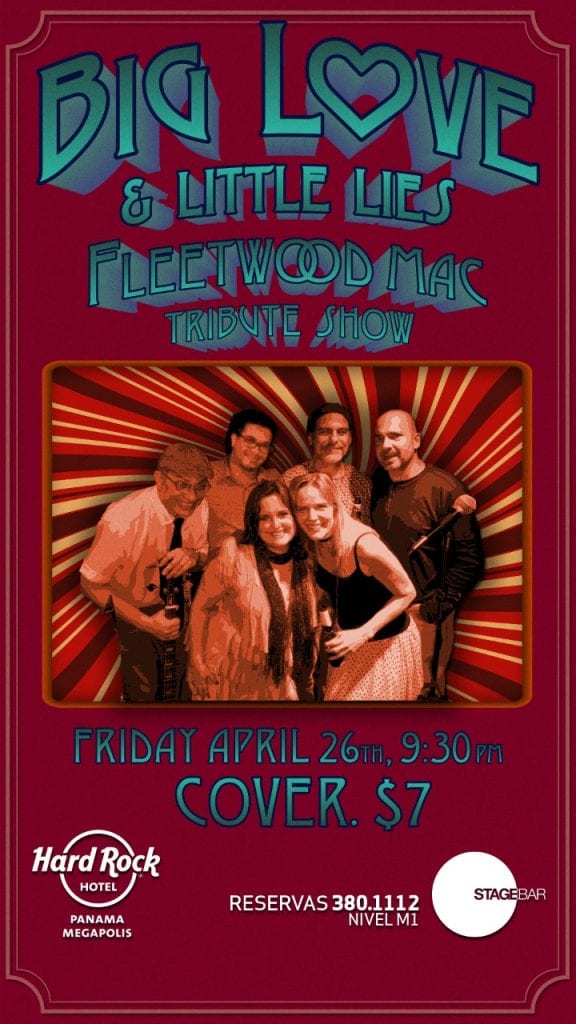 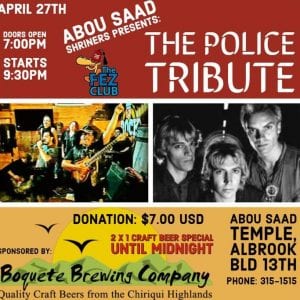 In the last hour today Eduardo Crocomo, Lisa Palm and Pitongo talk with us about their two events covering the Police on the 26th at the Hard Rock Hotel and Fleetwood Mac at the Shrine building in Albrook on the 27th. Also playing live here in the TBS studio.

Playing live: Message in a bottle

Judge Olmedo Arrocha will be the speaker of the unconstitutionality suit filed against the appointment of Jorge Luis González as the new director of the  Panama Canal Authority (ACP).

The  Public Ministry trusts the work of the expert Luis Enrique Rivera Calle in the case that is followed against former President Ricardo Martinelli for wiretapping.

The National Border Service (Senafront) reported on Sunday, April 14, the arrest of a Colombian citizen allegedly involved in the crime of migrant smuggling.

Staff of  the Public Ministry in Azuero carries out DNA tests on the relatives of at least seven people who have been reported missing in recent years in the region.

The magistrate president in charge of the Supreme Court of Justice (CSJ), Hernán De León , recalled on Friday, that the norm indicates that the board of directors of the presiding body is elected in the month of January, so those elections will be in 2020.

During four weekends, the cardiology team of the Arnulfo Arias Madrid hospital complex will carry out extended days of cardiology surgeries.

The personnel of the  Panama Maritime Authority (AMP) has managed to collect 80% of the oil spilled in an area near the port of Cristóbal, in the province of Colón.

The Marea Verde organization filled 300 jumbo-sized bags with garbage trapped by BOB, a floating barrier installed in the Matías Hernández River that prevents waste from reaching the sea.