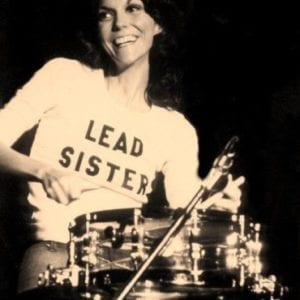 You, me and the music as well as a bit of rummage around the internet. Also a couple of highly rated lead singers that also play the drums.

Starting today, at 9:00 am, there will be a hearing related to the interception of communications during the government of President Ricardo Martinelli (2009-2014), in which are imputed the former executive secretaries of the National Security Council (CSN) Gustavo Pérez and Alejandro Garuz.

Between January and September 2017, there were 4,817 crimes related to sexual freedom and integrity in the country, 225 more compared to those reported in 2016, according to a report from the Public Ministry (MP). The figure could be higher, since the figures for the last three months of the year are pending.

Sexual diversity organizations asked the president of Panama, Juan Carlos Varela, for a pronouncement on the call of the Inter-American Court of Human Rights to recognize equal marriage.

Patients with critical, chronic and degenerative diseases have been without medication for three years, due to the fact that the purchase that the Social Security Fund (SSC) had to make in 2015 has not yet materialized.

Some 112 delegations, 42 allegorical cars and more than 17 thousand women dressed in polleras de gala, montuna, congo and others, participated in the eighth version of the Thousand Polleras Festival.

Until January 19 will be open the call for the fifth Panamanian Theater Festival, reported the National Institute of Culture (INAC).