A return visit after about five years we have Ninalee Abadi with us, she has bought out a new album “Angel Amor.” We catch up on her exploits and play a few tracks from the album.

Attorney General Secretary Rolando Rodriguez Cedeño reported that four Panamanians are being investigated as part of the probe into bribes paid by the construction company Odebrecht in exchange for public infrastructure contracts between 2009 and 2014.

The Government eliminated the visa requirement to enter the country, as tourists, to citizens of the United States, Australia, Canada and the United Kingdom.

The Technological University of Panama (UTP) will buy a personal accident insurance policy for all its students, administrative staff, teachers and researchers.

The Panamanian Association of Advertising Agencies (APAP) announced its position on the situation of the Grupo Editorial El Siglo-La Estrella (GESE) and recommended to the advertisers and the public the commercial support to both newspapers, according to their statement.

Panama is the world’s 10th country with the worst inequality, according to a recent World Bank report.

According to the international body, the first five countries in the ranking of inequality are African, followed by five Latin American nations.

Minister of the Presidency Alvaro Aleman suggested that the transit agency ATTT review the proposed increase in vehicle registration fees after complaints from users. 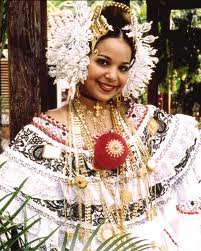 Some 20 thousand women walked with different polleras from every corner of Panama during the Parade of the Thousand Polleras that took place Saturday in Las Tablas, province of Los Santos.[/vc_column_text][/vc_column][vc_column][/vc_column][/vc_row]