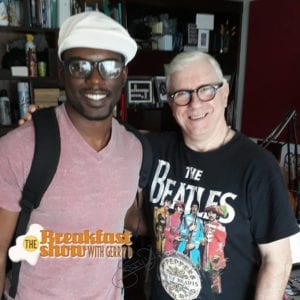 A welcome return to Akiel Griffiths in the last hour today. We chat about entrepreneurship, his public speaking exploits and other topics such as branding in the music industry.

Officials of the National Civil Protection System rescued 25 people, including children and adults, in the community of La Mesa where the Sixaola River overflowed.

Two dead – On adult of 63 years of age and a child 12 years of age – plus three wounded this was after a landslide that devastated a house in Bajo Grande, a village in Cerro Punta, in the province of Chiriqui.

The Ministry of Education reiterated that today Monday, July 16 is a regular day of classes throughout the country.

The indictment hearing of former President  Ricardo Martinelli will resume today, July 16, and from now on, the defense plans to object to the evidence presented by  Supreme Court justice Harry Diaz , who serves as the prosecutor in the case.

The Public Ministry (MP) supported on the afternoon of last Friday, July 13, the appeal for the acquittal in favor of the former Social Development Minister, Zulema Sucre , in the so-called Gucci case .

The lack of educational and employment opportunities led to the rise in the number of young people between 15 and 29 years of age who neither study nor work- referred to as the ninis-in 2016 and 2017.

The National Institute of Culture (Inac) confirmed this Sunday the existence of a billing statement that reflects a “surplus” for the use of data roaming on the telephone line assigned to the deputy director of the entity, Juan Francisco Guerrero.